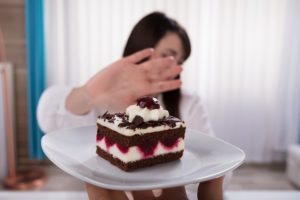 Abstinence is complete and total avoidance of an activity such as drinking, sex, shopping, or gambling. It is commonly used as a strategy for avoiding problematic or dangerous behaviors.

Abstinence stands in contrast to concepts such as limited consumption or self-restraint, because the abstinence model requires complete avoidance of a substance or behavior. For example, a person who limited their drinking would not be practicing abstinence, but a person who refused all alcoholic beverages on a long-term basis would be abstaining from drinking.

Abstinence is commonly used to refer to complete avoidance of sexual behaviors, particularly among children and adolescents. A person who only has sex with their partner is monogamous but not abstinent. A person, by contrast, who vows not to have sex until marriage has committed to abstinence until marriage.

Some people conflate the terms celibacy and abstinence; however, there are some key differences between the two concepts. First, while celibacy has primarily sexual connotations, abstinence can be applied more generally to mean “not to engage in an activity.” Celibacy means, specifically, to abstain from all sex (and marriage) for one’s lifetime, such as when someone takes a “vow of celibacy.” A person who practices sexual abstinence may choose not to engage in sex before marriage, but they are not celibate, as they still allow for sex within a specific context.

Abstinence from sex is the most reliable way to avoid sexually transmitted infections and pregnancy. Many high schools and religious programs in the United States teach abstinence-only sex education, advocating for abstaining from sex until marriage. While abstinence is the only guaranteed method for avoiding disease and pregnancy, current discourse generally considers abstinence-only programs to be ineffective. Some educators advocate instead for emphasizing the benefits of abstinence and then teaching strategies for avoiding disease, promoting healthy sexuality, and ensuring emotional needs are met.

In some cases, abstinence may have physiological effects, but misconceptions about the effects of abstinence on an individual’s body and mental state are also fairly common. For example, some believe abstinence may reduce testosterone levels; research often finds the opposite. One study found that in men, testosterone levels peaked after 7 days of abstaining from sex. Abstinence may, however, increase the risk of developing erectile dysfunction.

Meanwhile, a study published in the Journal of Family Planning and Reproductive Health Care found adult women who engaged in voluntary sexual abstinence were less likely to have used illicit drugs, misused alcohol, or be unemployed. While this does not necessarily mean abstinence caused these women to make certain lifestyle choices, it may be that women who make these choices are more likely to go through periods of sexual abstinence.

Abstinence may have varying levels of effectiveness depending on the context in which it’s applied. For instance, some studies have shown abstinence isn’t as effective when used as the only form of education to reduce rates of teen pregnancy, and a 2011 study found abstinence-only state policies regarding sex ed were positively correlated with high rates of teen pregnancy.

Other research reveals there may be some benefits to abstinence—some abstinence programs have been positively correlated with reduced teen pregnancy. One study published in the Journal of Health Communication found the “Not Me, Not Now” campaign in Monroe County, New York, was strongly connected to a decline in teen pregnancy rates for that county.

Abstinence is often a part of recovery programs targeting addictive behaviors. This is because many researchers believe even a single exposure to an addictive substance can trigger addictive behavior in someone with a substance abuse problem. The 12-step model used by Alcoholics Anonymous and similar programs advocate total abstinence from addictive substances. In one study, long periods of abstaining from an addictive substance were associated with reduced risk of early death. Some factors, however, may increase a person’s likelihood of maintaining abstinence, including how much addiction treatment they received and how much time was spent in treatment.

Not all addictions can be treated with abstinence, and it is not always possible or healthy to avoid certain behaviors for the long term. Sometimes, “abstinence-based treatment” is used to refer to “drug free” treatment, with the ultimate goal of transitioning a person with substance misuse issues to stop using any drug. In extreme cases and in many cases of opioid addiction, this method has proven unreliable, as drugs such as Buprenorphine may be prescribed to help people abstain from the drug they misuse, allowing them to maintain a functional lifestyle.

There are some noteworthy disadvantages of abstinence. One of these may be best described by the abstinence violation effect (AVE). When a person commits themselves to abstain from something such as an addictive substance, sex, or a compulsive behavior, there’s the chance they may give in to cravings or the temptation to engage in that behavior. When the commitment to remain abstinent is broken, it’s not uncommon for individuals to experience the abstinence violation effect, which often manifests as intense guilt and shame.

AVE has been associated not only with substance use relapse, but with patterns of disordered eating. In the case of bulimia nervosa, for example, one study found that AVE helped facilitate the binge/purge cycle. For example, when a person with bulimia takes a bite of food they’ve forbidden themselves from eating, the AVE might be triggered, and they may feel that bingeing is inevitable since they’ve already broken abstinence and therefore be more likely to enter the binge/purge cycle.

As AVE is a form of all-or-nothing thinking, some may argue that it is a person’s outlook, not abstinence itself, that is harmful. But in cases in which a person is prone to this cognitive distortion, abstinence may not be the healthiest approach to take.