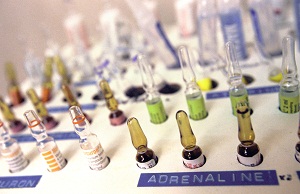 A hormone is a chemical that carries chemical messages from one part of the body to another. They are secreted by endocrine glands, tissues, and organs.

What Do Hormones Do?

Estrogen and testosterone are probably the most well-known hormones. Consequently, many people associated hormones with sex and sexual characteristics. However, hormones fill a huge variety of roles in the body. Virtually any chemical signal must be carried by a hormone. A few of the many hormones in the human body include:

How Are Hormones Released?

Hormones can be released from almost any area of the body, including the pancreas, liver, adrenal glands, ovaries, and testes. Only chemicals that carry a signal from one area of the body to another are classified as hormones. Because hormones are so powerful, they are only released in very small quantities, usually in response to signals indicating a change is required. For example, the body might release oxytocin in response to nipple stimulation that indicates breastfeeding is about to occur.

A number of conditions can cause deficiencies in hormones, and hormone replacement therapy is particularly common during menopause. Because hormones are such powerful chemicals hormone treatment frequently requires careful monitoring. Patients can experience severe side effects when taking synthetic hormones. For example, the artificial hormones contained in birth control pills can cause headaches and, very rarely, blood clots and circulatory problems.