Your Move, Parent: What to Do When Your Teen Is Cutting 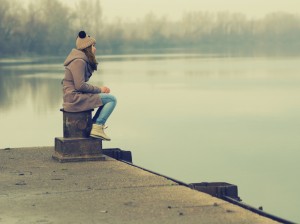 You look over at your lovely daughter and think to yourself how time flies. Gazing at her with love, you notice red marks and lines on her youthful arms. Immediate panic sets in; you reach over with shock and say, “What is this?!” Your parental urgency sounds like terror, and your daughter pulls away quickly and rebuffs your concern. She retreats to her room, and you are left wondering where you went wrong and concerned that she’s in danger.

As much as it’s an unwanted membership, you’ve just joined with other parents who have children who cut. You may not even know that’s what you’ve exposed, but most likely it is. If your child has been acting more irritable, overwhelmed, and on edge, be aware of the signs of potential self-harm. Generally, the signs distinct to a person who cuts include:

The biggest question becomes, then, what do we do as parents? Here are some suggestions to help you parent through this challenging time:

Discovering that your teen cuts may lead to panic and unease. How you handle yourself during this scary time can create a path to peace or leave a destructive wake. Checking yourself and your own anxiety can be a powerful tool to teaching your teen how to do it, too.