You Have More Control Over How You Respond Than You Think 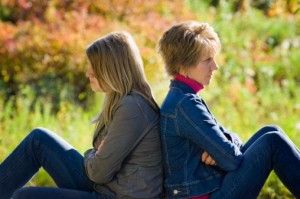 So went a mom’s reaction when her daughter came to her for help after hurting herself in an effort to feel relief from grief symptoms she was experiencing. As might be the urge of a scared parent in the situation, the mother reacted in anger, screaming and personalizing her daughter’s actions. In this situation, of course the pressing concern is the daughter’s health and safety, and a positive was that the teen had reached out to her mother—though the child later said, “I’ll remember not to do that next time.”

The mother explained that this was her “personality”; she did not “hold anything back,” allowing people to know “exactly how she feels, even if it’s harsh—that’s how I got where I am.” This action did not prove helpful, as the vulnerable child was not in a position to hear a harsh critique and it apparently made the child hesitate about telling her mother the next time she felt unsafe. In this situation, the mother mistook her own common reactionary style (explosive anger) as an unchangeable part of her personality. The truth is, we are able to change the way we respond to others and to ourselves. It isn’t as “fixed” as it can feel.

Feeling doomed to one style of interaction isn’t uncommon. From the child who thinks talking back to her parents is “who she is,” to the significant other who believes it’s OK to berate her boyfriend because “I’m just whiny, that’s how I’ve always been,” to the man who believes “I fall in love fast, I can’t help if it’s with the wrong person,” or, “I just don’t talk about how I feel, I never have,” individuals often treat their patterns as unwavering personality types.

Why We Believe This

There are a few reasons we may feel afflicted with rather than responsible for our response and communication styles. First, it takes practice to respond differently in the moment than we have before. We typically speak to people without thinking twice, as if filtering our words is someone else’s responsibility and not our own. Second, it can be scary to explore a new way of handling a situation. We can feel particularly vulnerable if we perceive that the change compromises our value system. This is especially true when our reactions have been reinforced in some way.

The mother in the example above perceives herself as successful because of her anger, making anger seem beneficial to hold on to. It’s easy to minimize the negative effects of her anger by focusing on the positives. If the mother values “being authentic,” this might feel like an authentic reaction to her.

Cognitive dissonance is the third idea that allows us hold on to our behavior patterns. Cognitive dissonance is essentially the brain’s way of eliminating discomfort by keeping its ideas consistent. If the mom in our example had failed to change her anger responses in a romantic relationship 10 years ago, she might be motivated to maintain consistency with her anger, as changing now would require her to understand that she could have made a change 10 years ago. Cognitive dissonance allows her to say, “If I couldn’t change it then, I cannot change it now, and I shouldn’t be asked to do so.”

Continuing with the belief that we can’t control our own responses allows us to shift blame outward and focus on the traits of other people—“You should know what I meant,” or, “You should receive my message in whatever tone or verbiage I want to use to send it,” or, “You should know better than to ask how I feel.” The fallacy here is that the only changes each of us is allowed to make are the ones within ourselves; our own reactions, our own coping skills, our own communications. Demanding another person to be less sensitive or expect less of you will stifle rather than grow a relationship.

How Do We Move Forward?