When a Loved One Dies By Suicide: Dealing with God 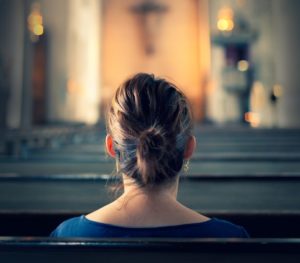 Grief after any death can raise a lot of questions. For a person of faith who has beliefs about the afterlife, a loved one taking their own life can raise specific questions that can be hard to deal with.

During these early stages of grief, a person can wrestle with their own sense of spirituality as well as external voices. These other voices may echo from the past and carry historical validity, or may still be present within specific faith communities. This article was prompted not only by the struggle of some with whom I have worked, but also by my perception that some in the mental health community are quick to lift up viewpoints of what is less helpful and more historic as the only Christian views on suicide that they have heard of. My hope is to provide several alternate views and encourage people to work within their spirit to find how they feel and believe.

Some stances may make it easier to move forward with the grieving process after a suicide, but if the person believes a different stance, working with a therapist who is sensitive to their spirituality may be helpful. The paragraphs that follow will intentionally focus on a Christian framework, although similar explorations could be made for those whose spirituality is rooted in other traditions.

Suicide as the Unforgivable Sin

A traditional viewpoint on suicide is that attempting and succeeding at ending your life is a gross affront to God, as you take into your own hands what is rightly God’s decision and action. From this perspective, a person who attempts suicide is making a choice to disallow God to play God’s role and to deny God basic control over their life. This denial of God is considered blasphemous, as it is a choice to place the human into the role of God. For this reason, suicide is seen as the unforgivable sin.

The complication that this perspective brings is that if a loved one dies by suicide, you must come to terms with the idea thatthey have distanced from God for eternity. From this perspective, the comfort that there will be another time and place (heaven) where you will be reunited with your loved one is no longer a hope that can be helpful in your grieving process.

An additional struggle that you might enter into is that the only way to reunite with this person is to also distance yourself from God for eternity. This line of thinking has led some to attempt suicide to be able to be with the one who first died by suicide.

Suicide as a Mortal Sin

There are people for whom spirituality does not allow to label something as the unforgivable sin because they do not feel that scripture clearly identifies which act is unforgivable. However, suicide is seen as a serious sin that is intentionally carried out with full knowledge of both the sin and the gravity of that sin. Some people following this line will consider only those who died by suicide as having made the choice to carry out this mortal sin, while the failure of an attempt means it was not really being pursued.

Seeing suicide as a mortal sin means that you look at the person who (attempts or) dies by suicide as rejecting God’s perfect love and justice in such a way that the relationship with God is shattered and the person’s soul becomes “dead” until there is repentance and restoration. Given the timing of the sin and the ending of a person’s life, someone who believes this may have to think about whether the person had a chance to repent before they died.

Suicide as a Nonmortal Sin

The weakest way of looking at attempting or completing suicide as a sin is to believe it is a sin because it affects the relationship between the person and God. In contrast to the previous ways of seeing it as a sin, this belief allows for more of an understanding of the pain and lack of clear thinking on the part of the person who attempts suicide. This lack of clarity of thought means that the person cannot be held accountable for dealing with this as a severe, mortal, or unforgivable sin.

Within this way of looking at sin, one’s spirituality may project the sin associated with suicide as something that does not “kill” the person’s soul, and which leaves open the possibility that God will forgive the sin, even from God’s initiative. In contrast to the mortal sin concept, whether the person is forgiven for suicide is no longer dependent on whether they had the opportunity to repent before death and used it; rather, the grace of God provides an opportunity for the person to experience forgiveness and salvation.

Suicide Does Not Relate to Sin

All of the above approaches require that a person has the rational ability at least to choose to take their life. Generally, therapists understand that when suicide is seriously entertained, most people are operating out of a mental health condition rather than out of rational and conscious consideration of what is going on. Thus, if a person does die by suicide, the real fault lies in the mental health issue and not in a conscious, free choice. From this perspective, the faith community is called to embrace the one who is experiencing pain and whose capacity is limited rather than condemning that person for an act they were not fully in control of.

This way of looking at things encourages the movement toward wholeness and peace earlier in the process. It guides those who are around the person. It shows how God would have compassionate feelings toward the person rather than judgment. Of course, there are some examples that fall outside of this range—the rationally thinking person who dies by suicide as part of a murder-suicide, as part of a terrorism act, and other situations where the person is rationally choosing suicide—but these are not the norm.

Viewing suicide as a symptom of pain and torment is a pastoral way of looking at it rather than a legalistic way. If this is where your spirituality is, you can have an understanding of the problems the person was experiencing and the grace they may now be experiencing from God. It may be hard, however, to look closely and recognize what your loved one was facing. This may even involve you facing your role, if any, in the situation.

Understanding Your Spiritual Orientation to Suicide

As you think through how you relate to suicide and how you believe God relates to suicide, you will have another way of connecting with your sense of loss and grief. Your spirituality will influence your grief process. Having an understanding of your belief about these issues will help you to have a framework as you go through your grief process. This will help you to gain a sense of peace and wholeness, even in the face of tragedy.