Insights Into Spirituality in the Aftermath of a Disaster 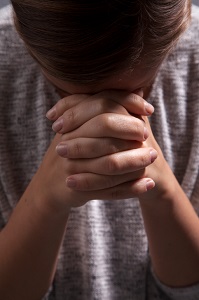 Disasters often have a human component, including New York’s World Trade Center on 9/11 [1], the death of a teenager following misuse of alcohol [2], mass shootings [3], and, in the day before the writing of this article, the explosions at the finish line of the Boston Marathon [4]. Elsewhere, you can read about many themes that relate to dealing with a disaster, such as being prepared [5], responding to a crisis [6], dealing with the broader impact of the disaster [7], speaking to children [8], recovering from the damage [9], and living in the world after a disaster [10].

These all provide things for therapists to be on the lookout for or even to actively explore. These explorations are appropriate in different ways, regardless of whether the person was a primary victim or near-victim of the disaster, connected to such a person, or just someone who has learned of the event through media or social circles. Exploring a person’s initial reactions to a disaster can provide insight into some dimensions of his or her spirituality.

Regardless of how easy it is to immediately determine the cause of the disaster, what is the person’s first reaction? Does he or she see the blame for the disaster as being human, as being natural, or as being related to God (or some other power that is greater than human or natural means)? This blame can be seen in the statements and questions that go through the person’s head—both immediately and as a better understanding is sought. This reveals significant information about the person’s spirituality.

The cause that is “blamed” for the disaster speaks to the belief structure that the person views the world through. It determines how he or she has been viewing established meaning. It also speaks to how the person perceives community, as well as how participation in community should be and how it is influenced. As he or she tries to make sense of difficulties and seeks to resolve the current situation, does he or she look within or without for guidance? This speaks to fundamental ideas of how the world and activity within the world are ordered. While these are value judgments on the part of the individual that speak to the person’s beliefs and inform the therapist of where the person is coming from, the different choices each bring value and guide the therapist in different ways of being able to work with the individual. This guidance will apply not only in addressing this disaster but also in addressing unrelated issues with a spiritual component.

To the extent that the individual identifies with the human component of the tragedy, further information can be obtained about his or her fundamental understanding of the human state. Does the individual perceive humanity as being fundamentally good or fundamentally bad or evil? The implications of this belief reach far beyond the consideration of the tragedy. If the person focuses on the helping aspect of people around the tragedy, drawing on human goodness, then the person may be more open to help from others and more trusting in community. On the other hand, if the person sees the human contribution to the tragedy as being typical of humanity, the person may have a less favorable orientation to humanity—but this, in turn, may make the person more willing to accept his or her own flawed actions while acknowledging the need for significant effort to change how they interact.

When God is the focus of the blame, there are a number of ways this can manifest. From listening to the way the individual describes God’s role in the world and God’s relationship to human beings, significant elements of the individual’s spirituality can be discovered. Does the individual operate from a belief system in which God is active in the details of life, where God acts through individuals, or where God simply allows things to take place? Each of these has the potential of creating different experiences for individuals and for them to have different emotional connections to God and to actions in the world. Beyond this, depending on the belief structure implicit in the outlook, the individual may express different moral obligations toward things that happen in the world. As in other perspectives, the therapist should listen carefully for places where different parts of the answers are not rooted in consistent viewpoints, for these points are where there the possibility exists for future spiritual conflicts that can lead to cognitive or emotional difficulties.

In the United States, more than three-fourths of people reported believing in a personal God who answered prayers [11], so another aspect to look at is whether those who believe in God are able to question God. The spectrum for this response goes from those who see no reason to question God because God is irrelevant to the situation, to those who see no reason to question God since our questioning of God would have no effect, to those who think about questioning God but believe that doing so would be inappropriate (and thus wrong or sinful), to those who question God without necessarily expecting a response, to those who question God expecting an answer, and finally to those who feel that they can engage God in a dialogue or debate as they wrestle with the issue. Each of these positions gives the therapist insight into what the individual understands as the balance of authority between himself or herself and God. Further, the therapist can get insight into whether it will be helpful in other situations for the individual to include God as something that is addressed in the wrestling around the new situation.

While a therapist may initially focus on theodicity as the central spiritual issue when an individual faces or accounts an aftermath of a disaster or other tragedy, this situation can provide insight into many dimensions of the individual’s spirituality. Much of this can be determined by simply listening to the account (and later checking to see if what is learned applies in a new situation) rather explicitly focusing on it. While these aftermaths are often challenging for individuals, a therapist can gather important information while still helping the individual to deal with the current tragic situation.

[7] See, for example, UABNews (2011, March 11). The emotional impact of Japanese disaster will be broader than the physical impact, says UAB expert. Wellsphere. Retrieved from http://www.wellsphere.com/healthy-living-article/the-emotional-impact-of-japanese-disaster-will-be-broader-than-the-physical-impact-says-uab-expert/1381587

[8] See, for example, Smith, C. (2012, December 14). Tragedy in Connecticut: How To Talk To Your Kids. YourTango. Retrieved from http://www.yourtango.com/experts/the-rev-christopher-smith/seven-ways-speak-children-after-tragedy-afar-expert