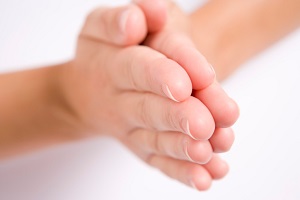 Church attendance in the United States has been dwindling over the past several decades, with people who regularly attend church now accounting for a minority of the population. More than 90% of Americans, however, report that they believe in God, with many harboring faith but not participating in formal religion. More than 30% of Americans report that they are spiritual but not religious.

Spiritual people don’t subscribe to a single set of beliefs. They may simply believe in God but dislike formal religion, or they may combine practices from a variety of religions. Spirituality is frequently associated with new-age and alternative religious practices. A new study published in the The British Journal of Psychiatry finds that people who identify as spiritual are more likely to experience a wide variety of mental health issues than both nonreligious and traditionally religious people.

The Results
On nearly every measure of psychological well-being, people who described themselves as “spiritual but not religious” fared more poorly than other study participants. Notable findings:

Religion provides significant social support, as well as an explanation for life’s suffering. It could be that, absent this support, people are more vulnerable to mental struggles. But even the nonreligious people in the study had better mental health than the marginally religious spiritual people, so the psychological benefits of religion don’t tell the whole story. While more research needs to be done, some possible explanations include: