Want a Better Relationship With Your Kids? Promote Autonomy 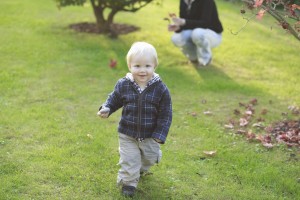 As any parent who’s spent any time reading parenting books is keenly aware, parenting fads come and go. The “Tiger Mom” of yesterday is today’s villain. From debates over the virtues of crying it out and co-sleeping to the seemingly endless so-called “mommy wars,” parents are inundated with advice about how best to parent. Many of the ongoing debates about how to parent center around how much independence children should have. According to a new study, though, good parenting may be as simple as respecting a child’s autonomy—particularly if you want your kids to view you in a positive light.

The research, conducted by University of Minnesota researchers, will be published in the journal Social Development. The study spanned almost 10 years, evaluating over 2,000 mothers and their children. Researchers evaluated the degree to which mothers were directive and controlling during play when their children were 2. Almost 10 years later, when the children entered fifth grade, researchers interviewed mothers about disagreements with their children. These disagreements provided significant insight into how much control mothers attempted to exert over children.

Children whose mothers exhibited relatively low degrees of control were more likely to have negative views of their parents, but children whose parents allowed them more autonomy spoke positively of their mothers. Interestingly, behavioral controls—such as teaching children safety rules like the importance of looking both ways before crossing the street—did not cause children to think negatively of their mothers. Instead, it was psychological control that caused problems. Mothers who are highly psychological controlling attempt not just to control their children’s behavior, but also their thoughts and feelings. These parents are more likely to guilt their children or to attempt to control how they feel or play.

The study found the same results regardless of gender or ethnicity. Its authors argue that parents often think controlling their children is key to good parenting, when in fact, giving progressively more age-appropriate autonomy might be a better strategy. They also emphasize the importance of negotiating and explaining rules rather than saying, “Because I said so.” The study did not evaluate the role of fathers in control and autonomy.