How ‘Tiger Moms’ Set Their Kids Up for Failure 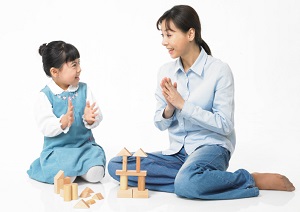 When Amy Chua’s 2011 book, Battle Hymn of the Tiger Mother, was released in 2011, it sparked a firestorm of controversy and a significant backlash. Reviewers seemed to either love it or loathe it, and the reaction in the Chinese American community was equally mixed. Some identified with it, while others stated that Amy Chua got Chinese parenting completely wrong. The book details parenting practices designed to create high-achieving kids. Many readers found that Chua’s strategies crossed the line into abuse. A new study published in the Asian American Journal of Psychology emphasizes that “tiger parenting” doesn’t offer the results it promises, and developmental psychologists have long argued that harsh parenting tactics can backfire.

The study, led by professor of human development and family science at the University of Texas, Su Yeong Kim, examined 300 Chinese-American families and their children over the course of a decade. Perhaps most interesting to followers of the “tiger mom” debate, the study found that most parents didn’t behave in the authoritarian, heavy-handed ways Chua recommends in her book.

In the study, tiger parents were those who used harsh tactics such as shame, punishment, and hostility; who exercised excessive control over their children; and who forced their children into academic and extracurricular activities. In contrast to Chua’s claims of the successful nature of tiger parenting, children with tiger parents fared worse than children whose parents were easy-going. They had lower self-esteem, lower grades, and more emotional problems. They were also more likely to end up estranged from their families.

Developmental psychologists have historically broken parenting styles into four different categories. Authoritarian parents are highly controlling and low on warmth, while permissive parents are high on warmth—often trying to be their children’s friends—but do not establish strong rules. Negligent parents ignore their children, providing neither warmth nor boundaries, while authoritative parents provide clear boundaries and plenty of affection. Chua’s “Tiger Mom” is an authoritarian parent, and children of authoritarian parents have historically done worse on a variety of measures of well-being.

Children of authoritarian parents tend to have lower self-esteem, more problems making decisions, worse critical thinking skills, and less autonomy. Without their parents standing over them, they may struggle to excel. Authoritative parenting, however, is the Goldilocks of parenting: neither too warm nor too cold, and likely to yield a host of good results, including high grades and long-term career success.

Chua characterizes American parenting as excessively permissive and fawning, but parents don’t have to choose between rigid, shame-inducing discipline and laissez-faire parenting. By establishing clear rules, encouraging children to pursue their own interests, and giving children enough room to make their own mistakes, parents can raise happy, healthy, successful kids.