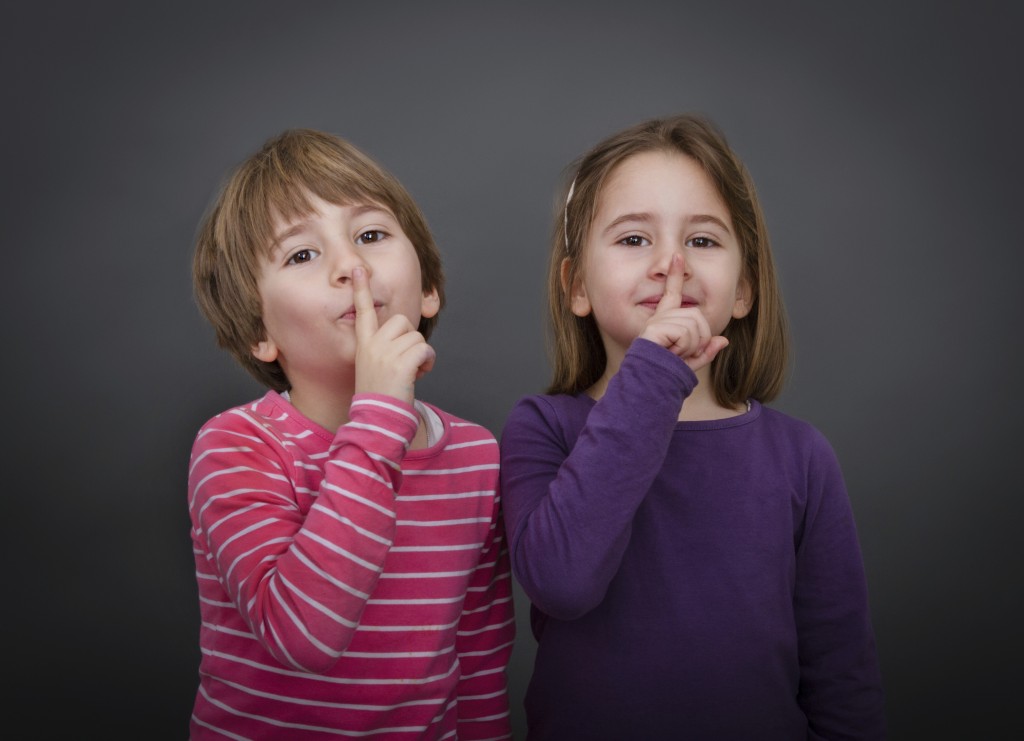 As the new year rolls on, I keep thinking about the idea of radical change. My first idea has to do with losing my temper with my kids. Here’s a radical thought: What if I just stopped?

The reason I blow up is because I think it will have the effect I’m looking for. I think the kids will realize I mean business and stop doing whatever they’re doing that’s bugging me. They will—and they should—take me seriously and be frightened into submission, because sometimes kids just need to follow their parents’ rules without backtalk or questioning. And that idea isn’t inherently wrong.

Except that it doesn’t work.

The way I remember it, when my dad yelled, my sisters and I hopped to it. His word was law, we respected it, and if he was mad, we feared him and obeyed. But my kids don’t respond that way. As soon as I get mad, they turn angry, fearful, and hurt. They either yell back and throw stuff, do what I’m asking them to do while sobbing theatrically, or run to their room and slam the door.

Maybe I’m misremembering my childhood and it’s not true (although it seems that most of my peers agree) that kids used to blindly respect their parents. Or maybe we parent so differently today that we can’t expect—nor do we want—our kids to fear us. Perhaps it’s just me and I’ve spoiled my kids, who wouldn’t know obedience if it was an app on their i-gadgets. But whatever the case, losing my temper isn’t cutting it for me. And a lot of the time, my kids don’t really deserve my anger. They aren’t snorting coke or burning the house down, actions that warrant rage. They’re just being lazy, not listening well, or misbehaving—actions that call for consistent, clear rules and discipline rather than inchoate fury.

So, what if I stopped?

If the value I want to teach my kids is that my husband and I have rules that are there to keep them safe and healthy, and there are times when they need to follow our rules respectfully, then what’s the best way to teach that value? Is it by me acting out of control and nasty? Or is there a better way? Well, sure. Pretty much every parenting book out there will tell you that the best practice is to set rules, communicate them clearly, and have reasonable consequences for failing to comply. Research shows over and over that anger and putdowns (“What is wrong with you?” “Can’t you ever listen?” “You little brat!”) make our kids feel low self-esteem and therefore more likely to act out, or make them rebellious against us and therefore more likely to act out.

The next time I feel like yelling, instead I’m going to take a deep breath, walk away if necessary, regroup, and then state what I want to happen. I might even ask my daughter what she wants in the circumstance. For instance, my oldest has trouble turning off the TV. Sometimes, to be honest, I get lax on the TV-watching rules and let her go on too long, and by the time I’m ready for her to stop watching, she’s in full TV-junkie phase, watching glassy-eyed and seemingly unable to tear herself away. If, instead of demanding in increasingly loud tones that she step away from the remote, I can catch her attention and get her involved in the process, it works better. “I’d like you to get off the TV now and I know that’s hard for you. How should we handle it?” She generally answers with something unreasonable—“Let me watch until the end of this movie”—but at least then I can counter with another idea and we can meet in the middle. I usually get close to what I want, while at the same time she feels more respected and more involved in the decision.

I have to admit, it’s hard for me to imagine declaring that I’ll never blow up and following through on it. It feels, well, radical. We want to be able to be the final word in our own homes. We want to be able to lose it sometimes. To a certain extent, we want to be feared. And it’s OK to not always be that perfect, reasonable, calm-headed person the parenting books describe. Instead of shooting for perfection, I’m just going to commit to giving this new, no-explosions regime a shot. It seems like it’s going to feel good for everyone. And I’ll report back as to whether my house declines into anarchy, or whether the most recent parenting intelligence turns out to be true—that clarity and collaboration produce kids who (mostly) listen, are (often) respectful, and (usually) feel good about themselves.