Study Uncovers What Parents Fear Most 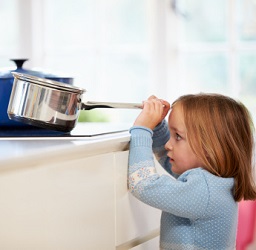 Parenthood makes worry inevitable, but the threats parents worry about change with each generation. The National Poll on Children’s Health, conducted annually by the University of Michigan C.S. Mott Children’s Hospital, is a phone survey that asks a nationwide sample of adults to list the top 10 threats faced by children in their communities, as well as for children across the country.

The most recent poll suggests that violence and health are ongoing concerns for most parents. Over the years, obesity tends to top the list of concerns among those polled, along with bullying and substance abuse, and this year’s poll brings gun-related injuries and school violence into the mix.

What Do Parents Fear?

The top 10 “big problems” affecting children nationwide, according to adults surveyed, include:

Adults frequently expressed different concerns for children living in their local communities. Childhood obesity still topped the list, with 29% of parents ranking it as a major local threat.

The Most Common Threats for Children

Parents’ fears can be influenced by media coverage of frightening events, such as mass shootings. In some cases, parental fear is reflective of common threats. Child abuse, for example, is startlingly common, with more than 6 million cases reported to state child protection organizations in 2012.

Though parents’ worries might not always directly reflect the threats their children face, it makes sense that parents might feel anxious in general. In 2013, UNICEF rated child welfare in industrialized countries. The U.S. had the second-highest child poverty rate, and overall, the U.S. ranked 26 out of 29 countries on measures of child welfare.