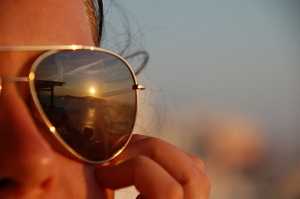 I was in the middle of writing this month’s article focusing on back-to-school issues when the Washington, DC Navy Yard shooting happened. Initially there was very little information on the “who/what/how” of the situation. However, as time progressed, more information was uncovered about the alleged shooter. We know several things about the shooter as reported by the media: His name is Aaron Alexis; he was 34 years old. He had served in the Navy and was honorably discharged though he, reportedly, had a history of misconduct. Leading up to his death, he worked as a tech contractor.

What we don’t know is why he allegedly fatally shot 12 people. Reportedly, Alexis’ family has indicated he was struggling with mental health issues and had a history of what has been described as behavioral misconduct. As recently as this past August, Alexis had complained of hearing voices and having trouble sleeping. As the psychological puzzle piece continues to unfold, as a therapist, I can’t help but feel angry and sad and frustrated… and helpless. How many more people are going to lose loved ones in mass tragedies like this? How many more families are going to lose their loved ones who have mental health issues to death or prison?

In a world where, more and more often, we are finding a common thread between mass shootings and a history of mental health issues in the perpetrators, is there anything mental health professionals can do to help change this unwanted and tragic trend? Can we at least slow it down? My answer is, “yes, but…”

It will take a mega-makeover in how society continues to view and handle psychological problems and the act of seeking help from a mental health professional, as well as availability of resources. In my opinion, we will need to overturn the way we currently deal with mental health issues.

Historically, people seek out mental health professionals when something is wrong. After all, the mental health profession has been based on the medical model since its inception: something is wrong + go to a doctor = get better. However, does this formula necessarily work in matters of the mind? For kicks, let’s add society’s stigma regarding mental health problems (yes, that stigma still exists!). In the analogy above, when you have a cold or something even more serious like cancer, does shame and/or judgment influence whether or not you consult a physician? Probably not.

But for someone struggling with depression, relationship problems, or the experience of hearing voices, does shame and/or judgment influence whether or not a person consults a mental health professional? It’s certainly possible, if not probable. While loved ones of someone with cancer may rush him or her to the nearest oncologist, loved ones of those inflicted with mental illness may not be able to do the same for a variety of reasons, such as lack of resources, or not knowing the severity of the problem.

Resources need to be more accessible—and this is a problem in and of itself! In order for insurance to help cover treatment, a person must be diagnosed per the medical model. Thus, a group of symptoms will point to a category in the infamous Diagnostic and Statistical Manual (DSM) and conveniently, you have an imposed name for your problem. An imposed name, with imposed meaning.

Depending on this imposed name, the insurance company may waive its magic wand and prescribe a number of treatments. But what happened to the voices of the mental health professional and the person who is consulting him or her? What happened to their descriptions of said person’s experience? Yes, the medical-model-induced DSM is helpful in creating a framework for diagnosis and treatment, but is it the only framework that can be used? It continues to amaze me that insurance companies do not cover ailing minds in the same way they cover ailing bodies. The value of therapy continues to be devalued.

Enter my “John Lennon/Imagine” proposal. Let’s change the language first and all strive to be mind healthy—all of us. Let’s set the DSM-V aside and let those who consult mind-healthy professionals identify mental health issues by those individuals’ descriptions of their own experience. In doing so, we hope that by removing labels and changing the language, negative stigma regarding mental health issues will decrease and the number of people seeking help will increase.

Let’s treat therapy like yoga, exercise, and acupuncture: let’s make therapy something we do on a regular basis to benefit our mind, body, and soul in our quest to be mind healthy. Mind-healthy professionals should be accessible, financially and otherwise— which means that, yes, insurance companies will have to get on board. In schools, children will have mind-healthy classes just as they have physical education classes. These classes could teach things like respect, compassion, empathy, valuing of self, etc. The overall goal is to increase the value of psychological health in such a way that it becomes the new normal.

So, are my proposed ideas crazy? Some might think so. My proposal is definitely ambitious and would take a lot of collaboration, financial resources, and time to put into place. However, is the current way society is handling mental illness working? Tragedies such as the DC Navy Yard shooting indicate it is not working. Would my proposal stop these tragedies altogether? Probably not, but it may decrease the frequency. What do we have to lose, at this point? We could even end up with a psychologically healthier society as a whole. Imagine…