The Psychology of Online Role-Playing Games 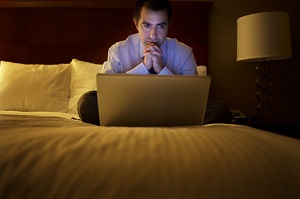 While traditional video games typically require only brief periods of investment from players and don’t involve developing a new persona, online role-playing games tend to be much more time-intensive and require a strong emotional investment. These games encourage players to become a character—often one who is very different from a player’s real-life persona—and often have no end point. They can be played for hours, days, or even years, with characters networking with others to develop a virtual world that may feel more comfortable than the real one. The games can prove addictive and may interfere with real-life responsibilities, but they also offer several benefits, with some people finding that they master new skills online.

Adopting a New Persona
The hallmark of a role-playing game is that players adopt personas for their characters rather than playing as one or several pre-established characters. Depending on the game, players may be able to write their character’s life story, choose their character’s specific appearance, and take on a wide variety of personality traits. Some players view this as an opportunity to experience what it’s like to be a completely different person. Men might become women, for example, and young people might choose to be elderly.

This investment in the new persona can, however, be problematic for some players. A player who feels isolated or who is unsatisfied with his or her life might become more invested in the character and the character’s friends than he/she is in real life. Players who spend too much time on the game might abandon their own personal development and friends in favor of developing their characters and making friends for their characters.

However, all is not lost when it comes to RPGs and relationships. The same BYU study also found that 76% of couples who played role-playing games together believed that it strengthened their relationship. Working together in this new, mutually experienced environment can make a relationship feel new and fresh, and gives couples a shared pursuit.

Addictive Nature
Role-playing games, like many other behaviors, can become addictive. Successful players generally have to spend a lot of time on the game and may spend hours networking with other players. This time commitment increases the likelihood that a player may become addicted, and the pressure from other players to keep playing the game can make it difficult to pull away.

Benefits of Role-Playing Games
Although many parents are concerned about their children playing RPGs and despite a significant amount of negative press coverage, RPGs also offer some important benefits. These include: