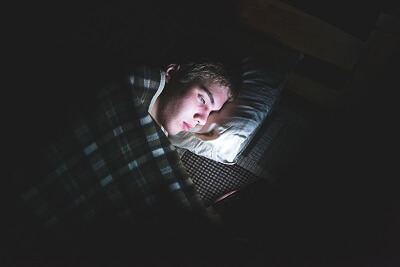 Internet addiction, also known as problematic internet use, is becoming increasingly recognized as a mental health concern. An internet addiction is typically characterized by a level of internet use that impairs relationships; brings about family, work, or interpersonal difficulties; and impacts daily function in a negative way.

A qualified therapist or other mental health professional can often help those seeking treatment address and resolve this concern.

The actual cause of Internet addiction is not known, but potential factors are varied. Some researchers have compared it to other conditions involving addiction, such as compulsive buying. Those who experience Internet addiction may experience a “high” when using their computers that is similar to the high those who shop compulsively experience when making a purchase. A genetic component may also make it more likely that some who use the internet in a problematic way will become addicted to it. Familial and social factors may also play a role, as a person might turn to virtual reality more and more often in order to escape negative situations in everyday life. As one uses the internet more frequently and experiences positive feelings and sensations as a result of Internet usage, one may come to depend on the internet in order to feel good or even normal.

Types of internet addiction may include sexting or cybersex addiction, online gaming addiction, addiction to chat rooms or blog sites, and others. Some individuals may spend all of their time online surfing websites or reading blog entries. Others may use the internet to shop compulsively or participate in online gambling, though these, along with sex addiction, are recognized as separate addictions.

A person who is experiencing internet addiction may:

Though one of the characteristics of Internet addiction is the amount of time spent online, what truly factors in the condition is the way the internet is used and the affect it has on one’s life. A person may spend 40 hours a week using the internet for work and then come home and spend an additional 2-3 hours using the internet each day. This practice, however, would not be considered to be addiction unless it had a negative or harmful impact on the individual’s life. Further, in the case of problematic internet use, the amount of time spent online generally increases over time .

The Effects of Problematic Internet Use

Problematic internet use can be harmful because it often has a significant impact on one’s daily life. A person’s employment performance or academic standing may fall, and relationships with family members, friends, and romantic partners may be impacted negatively. A person might experience health concerns such as fatigue, headaches, backaches, or carpal tunnel syndrome. Mental health concerns such as eating and food issues, depression, stress, and anxiety may also be associated with Internet addiction. Late-night log-ins are likely to disrupt sleep patterns and may lead to fatigue, and long-term sleep deprivation is likely to have a negative effect on health. Additionally, those addicted to the internet may become isolated as a result of the experienced addiction, though some may have turned to the internet in order to combat isolation in daily life.

Currently, internet addiction is not a diagnosis in the Diagnostic and Statistical Manual. However, it is believed to share similarities with impulse control disorders and gambling addiction.

Though one of the characteristics of Internet addiction is the amount of time spent online, what truly factors in the condition is the way the Internet is used and the affect it has on one’s life. Internet addiction is believed to be a largely treatable condition. When the addiction is acknowledged, a therapist or other mental health professional can help an individual take steps to address the behavior and regain the ability to use the Internet in a healthy way. Internet addiction differs from some other types of addiction in that some level of Internet use is generally necessary for function in society. Thus, the goal of treatment is usually not complete abstinence. However, when a person is addicted to online porn, for example, treatment goals may involve using the internet without attempting to seek out pornography.

Twelve-step programs and social skills training may also be treatment options for some individuals. When a mental health concern such as stress, depression, or anxiety has led a person to turn to the internet for support, a therapist may work to treat the addiction by first addressing this mental health condition. Similarly, any other underlying conditions are often exposed through work in therapy, and treating these concerns can often help facilitate recovery from the addiction.

In China, a number of “addiction boot camps” have been developed to treat internet addiction in Chinese youth. However, some young people have died while in these camps, which operate under strict rules and military-style discipline, and a number of these camps have been featured in news stories that have exposed their harmful practices. In order to help reduce the high number of individuals experiencing Internet addiction, China has developed laws regulating adolescent use of internet cafes, and the government has made attempts to regulate the number of hours that young people can use the internet. An inpatient treatment center has also recently been opened in Beijing.