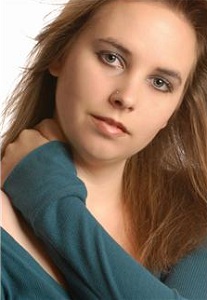 Most women have experienced some symptom of premenstrual discomfort at one point or another—whether it be bloating, aches and pains, breast tenderness, fatigue, tension, headaches, or sleep, eating, and/or mood disturbances. By some estimates, up to 80% of women experience at least one symptom with some regularity. For approximately 5% of women, however, symptoms are severe enough to meet criteria for premenstrual dysphoric disorder, or PMDD.

PMDD can lead to impaired functioning and quality of life during the last week of the menstrual cycle and until about 4 days after menstruation has begun. Significant anxiety, depression, and irritability are commonly reported features of PMDD. Women with either premenstrual syndrome (PMS) or PMDD frequently seek relief in one or a combination of over-the-counter medications, a prescription, or natural remedies, but too often relief is elusive.

What Causes PMS and PMDD?

Although at present there is no definitive understanding of why some develop these syndromes and others do not, a woman’s body undergoes a number of hormonal changes throughout her cycle. It is thought that disruptions in these processes may lead to the above symptoms. Specifically, disruptions in the hormone progesterone as well as in neurotransmitters (chemicals in the brain), such as serotonin and gamma-aminobutyric acid (GABA), and the stress hormone cortisol, may be responsible for PMS or PMDD.

There has also been research examining the roles of calcium and magnesium in these conditions because both minerals vary with the menstrual cycle; however, it is not entirely clear whether imbalances in calcium and magnesium directly cause PMS/PMDD. Although there is not enough data to establish a causal relationship, being sedentary, consuming large amounts of caffeine, sugar, and alcohol, and being very stressed are among the factors associated with having PMS.

Mental, Physical, or Both?

Many women with PMDD also meet criteria for major depressive disorder or seasonal affective disorder, and some have panic or other symptoms of anxiety that are quite severe. It is important to note that although PMDD is included in the Diagnostic and Statistical Manual of Mental Disorders, it is a condition that has a physiologic basis, even though it may include psychiatric symptoms or coexist with other psychiatric disorders.

What’s a Woman to Do?

There are a number of natural remedies that are commonly used for PMS or PMDD symptoms, including chasteberry (also known as Vitex or Monk’s Pepper), evening primrose oil, saffron, St. John’s wort, soy, B6, calcium, and magnesium. Only a few of these remedies have sufficient evidence to support their use at this time, however. These include:

Discuss any herbal or vitamin supplements you take with your doctor to make sure these are appropriate for you and that they will not interfere with other supplements or medications you may be taking.

In addition to the above, the following lifestyle changes are recommended:

It goes without saying that if you have premenstrual symptoms that make it hard to do the things you want and need to do, see your gynecologist for an accurate diagnosis. He/she can help rule out other physical or psychological syndromes that may appear similar to PMS or PMDD. If your mood symptoms are severe (e.g., you experience panic or disabling anxiety, feelings of hopelessness, or suicidal thoughts), seek professional help immediately.

For more information, consult the following: