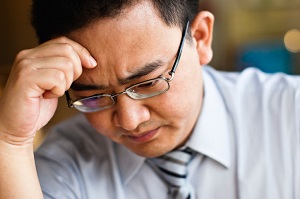 Reality: For those who have experienced childhood trauma, such as emotional or physical abuse and neglect, the thought of focusing attention inward and turning toward old feelings associated with trauma can be extraordinarily anxiety provoking. Survivors of abuse and neglect generally have parts of themselves that want to heal desperately, but because other parts of themselves have long prevented the individual from being hurt the same way again and feeling old, horrible feelings, the thought of going anywhere near the traumatic material—of remembering—is understandably frightening. Many people who have avoided therapy for this reason finally come to therapy as a last resort after trying other methods of coping and forgetting such as addictions, alcohol, and even psychotropic meds.

Whether one has experienced severe trauma or not, everyone gets hurt in life and can’t avoid harboring some amount of pain. So it’s safe to say that most of us have stuff that could benefit from therapy and, more to the point, the fear of going near anything painful is nearly omnipresent in our culture.

People dread the idea of showing weakness. But even if the fear of being vulnerable and weak isn’t present, the fact is most people have no idea what to do with their pain. People hold on to big feelings, and once the Pandora’s box is opened, if the therapist doesn’t know how to help a person to tend safely to his or her feelings, the person can actually get worse. Many survivors of abuse know this. They know how easy it is to feel overwhelmed when old pain or memories are triggered. It makes sense that many people are afraid of their feelings, and it explains why so many people never heal.

So what’s the trick to not feeling worse in therapy? First, a little clarification: Therapy is not easy, it will probably hurt at times, and the person in therapy will probably grieve, cry, and experience some sense of aloneness. However, therapy can be done without the client feeling overwhelmed and without making him or her feel worse in the long run.

Here’s the trick to not feeling worse in therapy: When a part of us is hurting, afraid, angry, shy, grieving, or having any other feeling, it helps to open our hearts to it in the way we do when anyone else is hurting. When a baby cries, we hold it calmly with love. When a child is sad and crying, we don’t send her to her room, we move closer, scoop her up, and hug her. When a friend is down in the dumps and struggling with a breakup, we listen with an open heart, let ourselves feel a bit of his or her pain, and express our compassion through words and actions. Some people like to be held; others don’t. Some want to hear back from us; others just want us to listen.

Well, the same goes for our own pain. Generally, the parts of us that hold pain want to be understood, felt, and witnessed. In the same way babies calm down when their mother holds them, our pain relaxes when it is cared for. A big part of therapy is helping people to be present to their pain in a loving and self-compassionate way. But a careful therapist never pushes a person into painful material, instead helping the person to stay calm, curious, and compassionate; letting the person to progress into the pain naturally.

When a therapist guides people through the process of opening their hearts to the parts of them that carry extreme feelings or beliefs, therapy proceeds safely at the pace best suited for the them, and people get through to the other side of their pain, release the burdens they’ve carried, and feel much better.