Lack of Diversity in Neighborhoods Could Impact Kids’ Attitudes 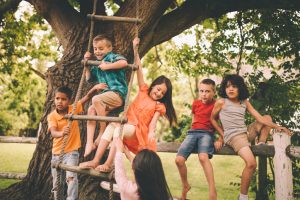 White families with children are more likely to choose racially homogeneous neighborhoods and schools, according to a study published in The Russell Sage Foundation Journal of the Social Sciences.

Neighborhood segregation has generally declined since the 1970s, but the decline among white families has been slower. The study suggests this can undermine racial equality by altering the development of white children’s attitudes toward diversity. These attitudes can have far-reaching consequences for children’s future educational and employment pursuits.

The study measured school-age children’s exposure to diverse racial groups in their neighborhoods between 2000 and 2010. Ann Owens—the study’s author and an assistant professor at the University of Southern California—then compared this exposure to adults’ exposure.

The analysis further suggests school boundaries play a key role in this segregation, with white families choosing—whether consciously or not—to live in more segregated school districts. Owens theorizes that white parents might base quality of a school system on its racial composition, as many believe schools with less diversity are more highly ranked.

Research on Segregation and Unconscious Bias

Other research suggests racial perceptions are generally distorted, supporting the notion that segregation can affect attitudes. Data from 2013 suggest people overestimate the racial diversity of the United States. Survey participants thought ethnic minorities comprised 49% of the country. The correct figure is 37%.

White people also overestimate the percentage of crimes committed by black people, according to two surveys conducted in 2005 and 2010. For example, white respondents believed black people committed about half of all violent crimes. The accurate figure was around 20%.

These perceptions may help explain an unconscious bias toward white neighborhoods.