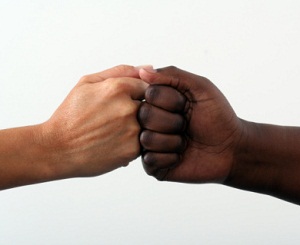 Racism is the belief in the inferiority of another race. It can function on an individual level, such as when a person believes that all members of a different race are flawed, or on a societal level, such as when societal messages convey that members of certain races are inferior. It can also simply be the belief that members of a certain race have qualities specific to that race. Most sociologists who study race agree that racism is a systemic problem rather than the failure of a few individuals.

While most people think of racism as overtly hostile beliefs toward members of a different race, there are actually several different types of racism. These include:

In modern society, racism takes several forms. Individuals may not hold explicitly racist beliefs, but may participate in racism due to cultural conditioning. For example, a person might hire a white person over a person of color because they have subtle prejudices–of which they are largely unaware–against people of color. Many theorists of race argue that it is nearly impossible for members of privileged populations to completely eliminate their own racism because racist messages are so prevalent in society.

While societal racism is a recurring problem, there are several factors that can affect an individual’s propensity toward racist behavior:

People who are members of majority racial groups may not have control over being exposed to racist beliefs or have the direct power to make societal or institutional changes to racist systems. However, at a minimum, people can control their own actions. It is a choice to perpetuate racial prejudices or discriminate against others; doing so can cause harm to other people’s mental, emotional, or physical well-being.

The Physical and Mental Impact of Racism

Being a member of a minority group subjected to racism can negatively influence a person’s physical and/or mental health. Institutional racism can also limit access to quality care for individuals of minority groups, thereby increasing their risk for various health issues. For example, in 1988 the Centers for Disease Control and Prevention (CDC) found a large disparity in infant mortality rates between infants who were black and infants who were white. For white infants, the mortality rate was 8.5 per 1,000 births, whereas the mortality rate for black infants was 17.6 for every 1,000 births.

On a personal level, racism can negatively impact a person’s physical and mental health by causing additional stress. In a study published in 2012, a researcher at the University of Arizona named Kathryn Freeman Anderson analyzed the CDC’s Behavioral Risk Factor Surveillance System, which is the world’s largest ongoing telephone health survey. She discovered that racial minorities face more stress than people who are white. For example, 18.2% of survey participants who are black reported emotional stress compared to only 3.5% of white participants. Stress increases the risk of many conditions including depression, colds, seasonal illnesses, heart disease, and cancer. Having to cope with chronic stress can also lead to poor health choices like using tobacco, alcohol, or drugs. 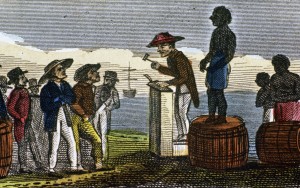 The United States has a sordid history of racial and ethnic discrimination, going all the way back to when America was still a colony and slaves from Africa first arrived in Virginia in the early 1600s. Throughout history, America granted legal rights to white citizens that were denied to other races and ethnic groups. Racially motivated laws have affected property rights, voting rights, land acquisition, education, the workforce, and the criminal justice system. Whites, being the majority population, have historically oppressed and discriminated against people of color—or people identifying as any race other than white.

The Civil Rights Movement that began in the 1950s opened up dialogue in America about race relations in an unprecedented way. The movement sought to end racial segregation and discrimination of African-Americans in the U.S. While much progress has been made regarding racial discrimination and segregation for all people of color in America, events such as the beating of Rodney King and shootings of Trayvon Martin and Michael Brown highlight the need for more progress and discussion about equality and racism in America.

Despite making progress on racial discrimination legally, socially, and culturally, racism still occurs every day in the U.S. and beyond. In fact, some people perpetuate racism through implicit bias and are not necessarily aware they even hold a bias. Implicit bias is a concept that can be defined as harboring a positive or negative attitude toward a person, group, or thing unconsciously. If you are interested about learning more about your implicit bias, you can take the Implicit Association Test hosted by Harvard University.

According to the Stanford University School of Medicine, 4.5 million people have taken the Implicit Association Test and the results indicate that many people hold implicit biases against age groups, races, ethnic groups, and more. For example, 75% of whites and Asians that have taken the test demonstrated an implicit bias favoring white people compared to black people.

Microaggressions are another form of racism that occurs every day in America. A microagression can be classified as any verbal, behavioral, or social communication that sends a hostile, derogatory, or negative message to a marginalized group. Microaggressions are not always intended to be malicious, and they are sometimes accidental. Microaggessions were first classified as racist messages directed at people of color, but the definition has since expanded to include negative messages directed toward women and other minority groups. Some examples of microaggressions include:

Reverse racism is an idea that has taken root in popular culture, but misrepresents the very definition of racism in several ways. Reverse racism is said to occur when a dominant group is discriminated against, in an official or unofficial context, by a minority group, usually in an attempt to address previous inequalities. A common example is the juxtaposition of a white person yelling, “white power!” in contrast to a black person yelling, “black pride!” Another example commonly trumpeted as reverse racism is the comparison of all-white social groups to all-black organizations, such as fraternities.

While people may label an all-black fraternity, for example, as a form of reverse racism, the assertion is flawed, because the actions in question are not backed by institutional power, a history of discrimination, or classism. In its simplest form, racism is the desire of one group to create separate classes of citizens by using power structures and prejudicial practices. The phrase “black pride” may simply be an expression of ethnic pride that resulted from hundreds of years of ethnic persecution. A white person’s expression of “white power,” on the other hand, has been historically backed by social power constructs and systematic oppression of minorities by whites who sought to divide society into classes by race. Similarly, an all-black college fraternity—as opposed to all-white social groups—is the result of social inequalities, not a concerted effort to segregate college life or society into separate classes based on race—as was the case with many all-white social organizations historically. Reverse racism ignores the power structures and history that fuel actual racism.