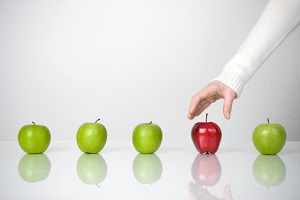 Bias is a tendency to favor one explanation, opinion, or understanding over another perspective that is potentially equally valid.

Everyone operates with some degree of bias, and it can greatly color how we see the world. Several studies, for example, have documented that people are much more likely to accept information that comports with their worldview than information that undermines it.

There are numerous types of biases, a few of which include:

Bias in psychological research can undermine the progression of knowledge and alter treatment recommendations for mental health conditions. In a therapeutic setting, a therapist’s individual biases might alter the recommendations they make to clients or influence their understanding of a person’s problems. Recognizing one’s own biases is often the first step to eliminating them, because this allows a researcher the opportunity to actively correct for their own biases. Double-blind studies and peer review can also help to counteract the biases of individual researchers.

One example of bias in research is observer bias, which occurs when researchers alter the outcome of a study. This process is not typically deliberate and involves extremely subtle changes both in the way researchers interact with subjects in the study and in what observers choose to see.

When researchers with observer bias interact with subjects, they may subtly alter the outcome of their research. A teacher studying differences in math skills between boys and girls, for instance, might spend more time teaching boys because they believe boys are better at math. This, in turn, would make it more likely for the boys to learn math more effectively and could alter the outcome of the study. Subtle prejudices can also influence the conclusions the teacher draws. The teacher might, for example, notice girls studying very hard and outperforming boys. Rather than concluding that math skills are correlated with time spent studying, the teacher might argue girls are worse than boys at math because they have to spend more time studying.

The most effective way to avoid observer bias is to use double blind studies, where neither the researcher nor the subjects know what is being studied. This, however, is often impossible in psychological research. Researchers who are aware of their biases going into an experiment and who make efforts to correct these biases may avoid some of them. When researchers do not have a financial investment in a particular outcome, they are also less likely to be biased.

Many researchers have claimed observer bias has contributed to differences in behavior and performance between races and genders in scientific studies. Ape language studies have also been roundly criticized because the people teaching apes sign language are also typically the people testing performance, and therefore have a vested interest in the outcome of the research.

A cognitive bias is a mode of thinking that distorts reality in some way, often with the result of clouding a person’s judgements, responses, and thought processes. A couple common cognitive biases include negativity bias and self-serving bias.

A negativity bias is a cognitive bias that contributes to the tendency to notice and dwell on negative information while neglecting positive information.

Negativity bias can affect decisions, emotions, and even the ability to take in information. Several studies have shown people may attend more readily to negative information. Thus, a person is more likely to notice a car wreck on the side of the freeway than a person helping someone fix a flat tire on the other side of the road. Negativity bias also helps explain why people tend to be more bothered by criticism than they are flattered by compliments and why people tend to dwell more on mean gestures than they relish in kind ones.

The implications of the negativity bias for mental health are clear and striking. Rumination–the process of lingering on information–over negative information can increase the likelihood that a person develops depression. People who do not notice positive stimuli or who tend to talk about negative occurrences more readily than positive ones are more likely to struggle with unhappiness, depression, and anxiety. A person’s negativity bias can partially be a product of personality and deliberate thought retraining, and people who do not have a strong negativity bias tend to be happier, better-adjusted, and more well-liked.

A self-serving bias is a cognitive bias that causes a person to view their own actions favorably or interpret events in a way that is beneficial to themselves. It typically occurs when a person attributes their successes to their own abilities, but any failures to external causes.

An example of self-serving bias can be found in a student who attributes a good grade on a test to their intelligence, but attributes a bad grade to an unfair test, to illness, or to insufficient preparation. In doing so, they are able to take credit for their successes while evading blame for failures.

Researchers have long puzzled over apparent differences in mathematical ability between girls and boys. Despite outperforming boys for most of their school years, girls take fewer math classes and are less likely to believe they are good at math. An inversion of the self-serving bias may be to blame. Some studies have found that girls tend to attribute mathematical successes to hard work and mathematical failures to incompetence. Boys, conversely, may engage in a self-serving bias and attribute successes to intelligence and failures to external factors. Boys also tend to overestimate their mathematical competence. This real-life example of a self-serving bias demonstrates how the bias can actually improve performance by encouraging boys to remain in challenging math classes.

The Implicit Attitudes Test aims to measure implicit negative attitudes toward minority groups. It has been used to measure racism, sexism, homophobia, and other forms of prejudice.

One of the most well-known versions of this test is the black-white race IAT. The test shows participants faces and words one at a time. They are asked to categorize the faces as black or white and the words as good or bad using the ‘e’ and ‘i’ keys on the keyboard. In some stages, participants are asked to “match” words and faces by identifying them with the same key. If a person is slow to match black faces with good words or quick to match them with bad words, the test indicates that person may have an implicit bias against black people.

Some critics of IAT say the test is ineffective for measuring prejudice because the results don’t always correlate with explicit bias. Between 2009 and 2015, four separate meta-analyses found IAT results to be a weak predictor of a person’s behavior. A 2017 meta-analysis found that while an individual’s implicit bias could be changed, the altered IAT scores rarely correlated with behavioral changes. In other words, acts of discrimination may involve more conscious thought than previously assumed.