Kids May Benefit from Witnessing Some Arguments Between Parents 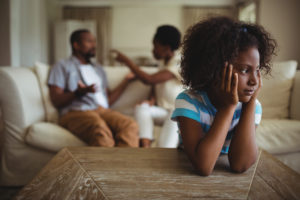 Contrary to popular belief, witnessing arguments between parents may not always be bad for children. According to new research published in the Journal of Family Psychology, it’s how those arguments are handled that matters.

The study used data from the Building Strong Families Project, which focused on families with low incomes. These families face many stressors that put them at risk for conflict. Researchers analyzed data collected when children in the study were about 3 years old. Both mothers and fathers answered questions about how they managed conflict, as well as how their children reacted to conflicts between the parents.

Why Some Conflict Can Be Beneficial

Researchers noted that levels of emotional insecurity were lowest among children whose parents both engaged in destructive conflict. This may be because the parents were more likely to separate by the time data was collected. The fact that so few parents fit into this group might also have skewed the data.

Therapists interested in supporting families, particularly low-income families, should consider that not all conflict is harmful. Instead, helping families discuss disagreements more constructively may benefit families and children.