How Do the Differences Between BPD and C-PTSD Affect Diagnosis? 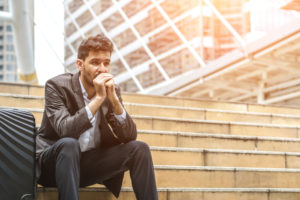 Consider a person in therapy whose most evident trait is their inconsistency. From session to session, they vacillate between excitement and anxiety. One week they feel fully confident, the next, totally overwhelmed. They demonstrate or recount instances of emotional instability and mood swings, alienation and avoidance, impulsiveness and overreaction, and past trauma and continuing flashbacks.

A combination of the above symptoms could lead you to two very different diagnoses: borderline personality or complex posttraumatic stress (C-PTSD). At first glance, they share a remarkably similar list of symptoms and triggers. Their potential comorbidity (the presence of both concerns) only adds to the confusion.

However, the distinction between these two conditions is real—and often critical. Research has backed up the need to categorize them separately in the Diagnostic and Statistical Manual. The best treatment practices for addressing one condition could potentially exacerbate the other condition, should a person seeking help be misdiagnosed. It is therefore vital that practitioners are aware of the differences between BPD and C-PTSD. Therapists must also be open to revisiting their initial conclusions as therapy sessions progress.

BPD vs. C-PTSD: Understanding the Differences

The key difference between BPD and C-PTSD is that symptoms of BPD stem from an inconsistent self-concept and C-PTSD symptoms are provoked by external triggers.

A person with C-PTSD may react to or avoid potential triggers with behaviors similar to those that are symptomatic of BPD. But even if their self-representation is extremely negative, it will be consistent. This differs from the inconsistent self-representation that characterizes BPD.

It can be difficult to reach a correct diagnosis of either BPD or C-PTSD. This is because the history and self-conception of a person seeking help may take time to uncover, even if the behaviors and fluctuations common to both issues are readily apparent.

DSM guidelines also propose a longer treatment course for BPD (at least a year), as ending therapy too soon can increase the risk of relapse due to a sense of instability or abandonment. In contrast, C-PTSD treatment aims to engage traumatic memories, foster development of a positive sense of self, reduce interpersonal avoidance, and teach resetting techniques to apply when triggers are encountered.

It can be difficult to reach a correct diagnosis of either BPD or C-PTSD. This is because the history and self-conception of a person seeking help may take time to uncover, even if the behaviors and fluctuations common to both issues are readily apparent.

Even so, most diagnoses that include BPD tend to stem from complex childhood trauma of some kind. Therapists can best support the people they are working with by determining the frequency and extent of symptoms, any potential stimuli for these symptoms, and whether symptoms can be easily regulated after being triggered.

People who are experiencing C-PTSD rather than BPD typically find it easier to overcome their emotions. If past traumas are addressed and healed, the emotional reactions that result when these memories are triggered can be lessened or subdued. People with BPD, on the other hand, often find it more difficult to calm down following intrusive memories and flashbacks. The intense emotions triggered may persist, regardless of how well the memories behind them have been engaged in therapy.

Another identifier involves looking at what is missing. Consider a person who has experienced abuse. Instability, mood changes, or re-experiences may occur in discrete instances, but if a person has no history of self-harm or fear of abandonment, a diagnosis of C-PTSD is more likely. Alternatively, when these behaviors are not always accompanied by an external trigger, or occur even when expected triggers are not present, their reactions may have been caused by internal feeling stemming from BPD.

When a person begins to notice and fear their own instability, they frequently begin to exhibit other behaviors. These might include social avoidance, alienation, hypervigilance, mood changes, and increased propensity to anger. They may describe their symptoms in terminology associated with one diagnosis or the other—for example, experiencing panic attacks (BPD) as opposed to outbursts of posttraumatic stress (C-PTSD). But clinicians need to analyze the factors above in order to accurately label and consequently treat the issues underlying the shared symptoms.

Focusing upon the differences between BPD, C-PTSD, and comorbid BPD and PTSD allows for distinct symptom profiles to emerge, in spite of the common symptoms that may initially be more readily apparent. These separate profiles are clinically significant, since person-centered care requires accurate identification of any and all issues experienced. This ensures that treatment methods and duration can be adapted to the specific needs of each person in therapy.

It’s important for therapists to remember that the techniques that can help people with C-PTSD reset their moods may aggravate BPD symptoms. These techniques may include reminding themselves they are safe, focusing on their present surroundings, visualizing a safe location, or moving outdoors, among others. People with BPD, who often experience apparent “overreactions” or mood swings, require acknowledgment and validation of the emotions experienced, rather than a reminder that their behavior is unnecessary or irrational.

There are effective treatments for both C-PTSD and BPD. But the best approaches for each issue differ in significant ways. Consequently, misdiagnosis can be extremely detrimental. Clinicians must therefore be prepared to weigh the differences and indicators separating the two diagnoses. It’s also important to keep in mind that it may take longer than usual to confirm or revise their initial deductions.