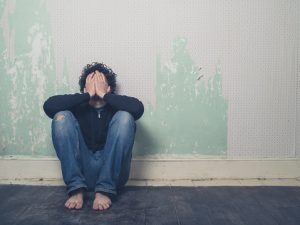 Misconceptions regarding borderline personality (BPD) are widespread. General fallacies and longstanding myths have been reinforced by often overdramatic media portrayals, misguided literature, and people’s limited understanding of the condition.

This kind of misinformation might discourage an individual from seeking treatment or from believing treatment for borderline personality is even a possibility. For example, if a man believes the common misunderstanding that BPD is exclusive to women, he might reject the diagnosis for himself. When those less inclined to seek a pharmaceutical solution hear a personality condition like BPD can only be treated with pills, it can undermine their path to treatment.

“Pessimistic or inaccurate beliefs regarding a condition can set up a type of negative expectancy with regard to treatment outcomes, and also generate feelings of shame, hopelessness, and unworthiness,” Stein said. “These can make it more difficult to accept support and take a self-compassionate stance, which has been shown to be important for healing and growth.”

According to the National Institute of Mental Health (NIMH), borderline personality is characterized by unstable moods, relationships, and behavior. People with BPD may experience issues with regulating emotions, impulsive behavior, or co-occurring mental health issues such as depression or anxiety. Research suggests the prevalence of personality disorders, of which there are several specific diagnoses, varies from 5-13% in the general population.

Unhinging the common public misperceptions surrounding BPD and many other personality conditions can result in real changes and can impact how those diagnosed are treated—especially outside the clinical environment.

Here are five common myths and misconceptions about borderline personality:

Despite repeated studies that indicated men made up a sizable portion of those diagnosed with borderline personality, a common belief took hold that only women were susceptible to the condition. While some early research had estimated women made up roughly 75% of the diagnoses, newer findings suggest there may have been some gender bias in survey sampling to come up with that estimate and there may actually be little or no difference in gender prevalence.

A 2008 report in The Journal of Clinical Psychiatry did not find any gender differences in the rates of BPD, instead indicating prevalence is more common among distinct types of people. These include younger people, individuals with lower income or education, and those divorced, separated, or widowed.

Even among counselors and psychologists, personality conditions such as BPD have been frequently viewed as incurable, often discouraging people with lingering symptoms from actively seeking help.

“Our personalities are shaped by early experiences, and so, often by the time someone seeks treatment, their patterns of thinking and conceptions of themselves and the world can feel fairly entrenched,” Stein said. “Ways of coping have usually been reinforced again and again by this time, making it challenging to switch to coping tools that are newer to the person, even if these would be more adaptive. Thus, it takes time and often considerable effort, at least initially, to feel comfortable and confident using them.”

While media depictions often suggest people experiencing BPD are constantly suffering and plagued by misdiagnoses, the realities of treatment and response are not quite so bleak.

In 2003, a six-year study tracked 290 people experiencing borderline personality—with most receiving multiple treatment sessions. More than a third of the people receiving treatment met the criteria for remission within two years, while 68% matched it by year six.

Those encountering symptoms should not allow the incurable myth to dissuade them from seeking help, and consulting a qualified mental health care provider may be a good next step.

According to therapist Kimber Shelton, PhD, despite the widely held belief that people can easily diagnose a personality condition in themselves or others, it is not always simple.

Unhinging the common public misperceptions surrounding BPD and many other personality conditions can result in real changes and can impact how those diagnosed are treated—especially outside the clinical environment.“The fact is, diagnosing personality disorders is very challenging,” Shelton said. “There are a number of mental health diagnoses that share symptoms with personality disorders, which makes it difficult to discern.”

Borderline personality, and other personality conditions, are frequently masked amid other symptoms, sometimes resulting in a misdiagnosis. This can prolong the effects, exacerbate symptoms, and extend uncertainty.

“An inaccurate diagnosis can result in a person feeling misunderstood and unhelped, and can also increase the likelihood that they will believe treatment in general won’t be helpful,” Stein said. “An accurate diagnosis, however, can help a person to feel understood, sometimes for what feels like the first time ever. Accurate diagnoses point people in the direction of treatments that are more likely to be effective for the person and feel like a good fit.”

It is more likely for people with personality conditions to be a danger to themselves. People with conditions such as BPD generally have high rates of self-harming behavior, including substance abuse, eating disorders, and suicidal ideation, according to the NIMH.

The authors of the 2007 report suggested a group-based and social therapy treatment program might be the most effective for people with borderline personality or other personality conditions, as those kinds of approaches establish a safe and solid base from which to build.

Researchers suggest BPD, in addition to several other personality conditions defined in the DSM, are best treated with psychotherapy, but medication may also be helpful in some cases. Despite usually being a second option for personality conditions, many falsely assume antipsychotic prescriptions are the hallmark of treatment.

Dialectical behavior therapy (DBT) is just one method of treatment that has been successful aside from prescribed medication. Combining cognitive behavioral methodology with concepts like greater mindfulness, community contribution, and increased distress tolerance, DBT offered moderate results, according to a 2010 report in the Journal of Consulting and Clinical Psychology.

The Importance of Accurate Information

Greater awareness and understanding can be crucial in helping those with BPD, and Stein highlighted the importance of making sure accurate information is widely available.

Myths and misconceptions can further delay individuals from finding a suitable form of treatment—leaving them to not only battle their internal challenges within, but also widespread presumptions and half-truths about the realities they face.