Getting Off the Merry-Go-Round: Managing Obsessive Thoughts 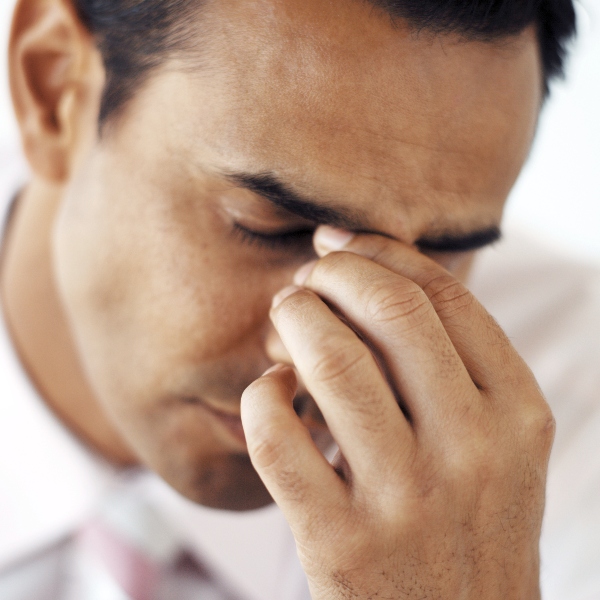 It usually comes at the end of a long day, when you are most in need of rest and settling into the comfort of a warm bed, eager for respite. It is the arrival of “busy brain,” or “monkey brain” as the Buddhists refer to it because of the way random thoughts swing from “vine” to “vine. It’s the surge of unwelcome ruminations that seemingly come out of nowhere and are intent upon keeping you from your precious slumber.

Unfortunately, they are often not the rehashing of the day’s pleasantries but rather a review of situations that made you frustrated, angry, or anxious and, like a juggling of spinning gyros, one thought leads seamlessly into the next, one tangent to another, without a break in between. This happens to all of us, but for people who experience obsessive thoughts, this can happen for hours on end, night or day, with no relief.

Many of us know OCD from movies such as As Good As It Gets, or from shows like Monk. We use the acronym to denote any degree of perfectionism or eccentricity. We like to say he has OCD because he needs his car meticulously clean or she’s OCD because she alphabetizes her breakfast cereal.

One of the main symptoms is obsessive thoughts, which are more difficult to depict in the movies and television as they are representative of the internal world of the person. These are different from the rituals and compulsions that get characterized, such as when Jack Nicholson can’t step beyond the threshold of his apartment without going into a full-blown panic attack.

Obsessive thoughts are thoughts that churn in the mind in perpetual cycles over and over again. It provokes curiosity as to why people affected by OCD can’t just move on and why, after days, they still seem stuck on one particular issue. Most of us, when we think about a problem, for example, identify the issue, recognize our reactions, decide how we want to deal with it, and then it’s over; we are ready to move on to the next challenge. But those who experience obsessive thoughts find themselves in a type of analysis paralysis and, instead of putting an idea to rest, they get stuck. Psychoneurobiologists refer to this stuckness as the ring of fire, because on a PET scan of the brain, which helps to identify brain functioning and patterns, the process is illuminated by a bright red circle of activity in the form of an endless loop.

So what can people do to manage themselves out of this ring of fire when their brains are predisposed to functioning this way? What can any of us do, OCD aside, when we find ourselves in this maddening merry-go-round of the mind? Research has pointed to the practices of meditation and mindfulness as valuable tools in training the brain to shift its focus. Each time an obsessive thought arises, instead of trying to stop it with another thought or idea, the person practices present-moment awareness via a checking-in process or what I call a “sensory inventory.”

The best way to conduct this sensory inventory is to focus on one’s primary senses—auditory/hearing, somatic/touch, gustatory/taste, olfactory/smell, and vestibular/movement—because this kind of awareness grounds us in what is happening right now, the present moment. Asking questions such as the following can help direct this focus: What sounds am I hearing right now? What is the temperature or sensation on my skin—is it hot or cold, dry or moist? Are there any particular smells in the room? What is my body feeling? What am I noticing in terms of bodily sensations (e.g., a churning in the stomach or tightness in the shoulders)?

When we conduct this sensory check-in, we are essentially arriving into presence and, in doing so, shifting the mind’s focus away from the storylines orchestrated by our psyches, thereby neutralizing the obsessive thought’s pull into either the past or future, both of which present us with myriad judgments, regrets, fears, anxieties, and the perpetual “I-should-haves” or “what-ifs.”

Another benefit of the mindfulness practice is the new superhighway it creates in the brain. The brain works efficiently, and when given a choice between a clear, quick route (the road that represents our habits) and unclear, rocky terrain (that which is undeveloped and uncharted), it will choose the former. Through practice, we can clear the brush away and begin to build our own, detoured path. It may be difficult at first, but just like the toddler who pulls herself up on the coffee table and, in the next miraculous moment, takes her first steps, once the road is open, the brain is eager to redirect its traffic and we find that we can quickly shift from rumination to conscious awareness.