Forgive for Good: The Benefits of Forgiveness and How to Cultivate It 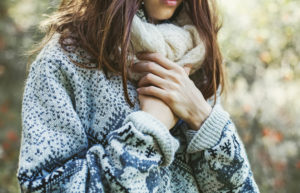 It is a fact of life that in any sort of relationship with others, we risk being neglected, abused, rejected, lied to, or betrayed in some other way. Whether due to minor or major transgressions, each of us has been confronted with the tension around whether to forgive someone who has hurt us. And whether one is more inclined to crave “an eye for an eye” rather than to “turn the other cheek,” it is not uncommon to believe forgiving another is contingent on that person’s remorse or apology. Yet, the guilty party may never feel guilt or take any responsibility whatsoever. If this is the case, you may wonder what is to be gained by forgiveness. To answer this question, we must also look at the risks of not forgiving.

The Risks of Holding on to Anger

Research over the past two decades has found that ongoing anger, resentment, and hostility are linked to poorer physical and mental health. It can feel extremely difficult to move through these emotions and develop compassion or pity for those who have wronged us or hurt someone we love. Yet, reaching a place of forgiveness can free one from a virtual prison of negative thoughts and burdensome emotions, which typically only prolong the feelings of anger and suffering generated by the original offense.

The Benefits of Forgiveness

The benefits of being able to forgive are many. Developing forgiveness has been associated with decreased stress, anxiety, and depression, and increased feelings of well-being. Some studies have found a relationship between dispositional or trait forgiveness and life satisfaction. One study to date has found trait forgiveness is linked to better relationships with others.

To date, the research is limited on the benefits of state forgiveness—or forgiveness in response to a current interpersonal hurt. A recent study examined the potential mental health benefits of practicing state forgiveness, as well as what factors contributed to the relationship between forgiveness and well-being. Specifically, 11 participants affiliated with either Buddhist, Muslim, new religious movements (NRM), or secular/atheist groups were recruited who met the criteria of having practiced forgiveness in response to an interpersonal hurt. The types of hurts were related to parental love deprivation, hurt by romantic partners, and feelings of neglect within the context of work relationships. Participants were then administered an in-depth, semi-structured interview inquiring about the above.

Despite the benefits of forgiveness, it can be difficult to cultivate, particularly when the offense results in lasting or severe harm, when the offender refuses to take responsibility, or when the relationship and the offenses are both ongoing.

The interviews revealed three themes related to the perceived negative effects of refusing to forgive on mental health. Specifically, refusing to forgive another impacted how participants felt emotionally; had negative effects on mental health, including on cognitive abilities (such as the ability to think clearly); and led to both social and psychological barriers to their own growth (feeling unable to move forward). Among other things, participants reported unforgiveness contributed to feelings of anger, guilt, or bitterness, left them feeling drained, and could lead to carrying bitterness into subsequent relationships. One participant stated he had experienced feelings of “darkness,” depression, and suicidal thoughts. He said forgiveness led to alleviation of his depressive symptoms and desire to self-harm, and resulted in greater personal happiness. Others said forgiving another led to greater feelings of spiritual transformation, inner peace, joy, personal empowerment, and meaning. In addition to these benefits, several participants said their relationships improved after adopting an attitude of forgiveness.

There appeared to be no obvious distinctions in these themes on the basis of religious or spiritual affiliation.

Barriers to (and Facilitators of) Forgiveness

The study participants acknowledged there were factors that made it either easier or more difficult to forgive those who had hurt them. Barriers included feelings of powerlessness; if the offender refused to acknowledge the offense; if participants ruminated on the hurtful act; having a desire for revenge; ongoing transgressions by the offending party; and physical proximity to the offender.

Yet, these same respondents also said certain other factors facilitated forgiveness. These included feeling a sense of connectedness with others; focusing on the positive qualities of the offender or relationship; beliefs about being of benefit to others; engaging in meditation, self-observation or prayer; feelings of empathy for the offender; persistent effort (by the offender) to repair the situation; and talking to and support from friends.

The researchers concluded that the study participants experienced benefits largely from applying inner transforming strategies such as those mentioned above but without necessarily expecting a change in external conditions (i.e., the offender or the relationship with the offender). This strategy or approach appeared to lead to greater levels of forgiveness and mental well-being.

It’s worth noting this study was conducted with a small sample of people who were selected precisely because they had been able to forgive personal hurts. The message that forgiveness is healthier and more rewarding than holding on to anger, bitterness, and desire for revenge is worth paying attention to, however.

How to Cultivate Forgiveness

Despite the benefits of forgiveness, it can be difficult to cultivate, particularly when the offense results in lasting or severe harm, when the offender refuses to take responsibility, or when the relationship and the offenses are both ongoing. What follows are some thoughts on how to cultivate forgiveness while maintaining feelings of safety and healthy boundaries.

Akhtar, S., Dolan, A., & Barlow, J. (2017). Understanding the relationship between state forgiveness and psychological wellbeing: A qualitative study. Journal of Religion and Health, 56(2), 450–463.