Five Keys to Dating Him without Getting Hurt 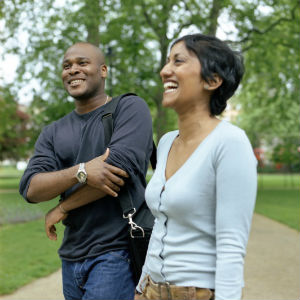 Today’s world is filled with messages on how to date, but frankly, most of what we hear is creating heartache after heartache for women. After even one heartbreak, a woman might find herself distancing herself emotionally, having problems connecting, or experiencing trust issues.

The examples in pop culture are numerous. On this past season of ABC’s The Bachelor, for example, viewers watched as women became physically involved with the leading man. In the words of one participant, when they kissed, all the issues in her mind “disappeared.” Several women during the season described delving into a fast, physical relationship, while the emotional relationship was missing something.

What we are seeing is that many women are first looking for a physical connection and then asking themselves: Do I really like him? Are we really compatible? Do we really want the same things in life? Unfortunately, once we develop a strong physical or sexual connection and become infatuated, our brains start to convince many of us that the answers to the above questions are yes, when in fact they may be no.

Why does this happen? According to researcher Helen E. Fisher, individuals who are “falling in love” experience elevated concentrations of central dopamine and norepinephrine along with lower levels of serotonin, which tends to mean they obsessively focus their thoughts and attentions on one another and, more importantly, on their partner’s positive attributes rather than the negative ones (p. 416). Once that “falling” feeling has diminished, as it generally does over the next few months, individuals begin to notice deficits more rapidly than before.

So now we have a situation where a woman is emotionally invested and connected with a man, but experiences confusion about whether they are actually compatible or share the same values or goals. To protect her heart, she tries to convince herself that they are a good match and that they want the same things in life. But she may still hear that “little voice” telling her that something is not right.

Ladies! Consider the following advice to protect your heart, make smart dating decisions, and more easily find the person you may be searching for:

If we take care to protect our hearts and open ourselves up safely and slowly, we will reduce our possibility of getting hurt. Opening yourself up too much, too quickly may create a pattern of distrust or emotional guardedness with others, making it hard for you to find “the one,” even if he is standing right in front of you. Taking the time to open yourself up slowly and protecting your body and feelings will let you lead with your head so that your heart can follow.