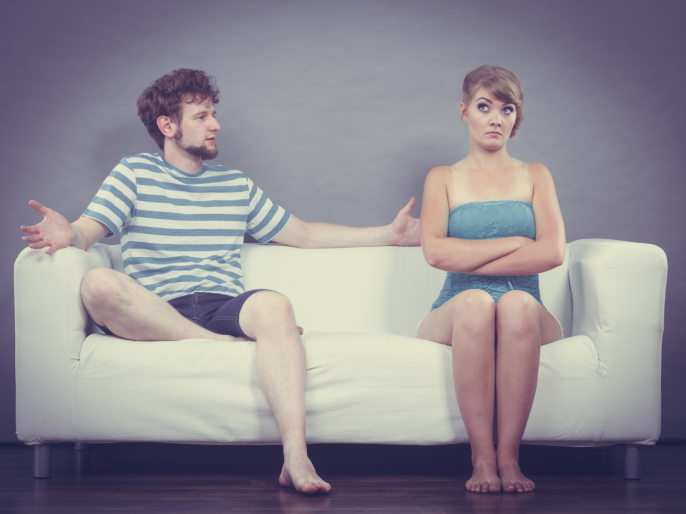 Commitment issues, or a fear of commitment, is a term often used in reference to romantic relationships, but a person who finds it hard to commit may experience this difficulty in other areas of life. Individuals with commitment issues may experience mental distress and emotional difficulty when faced with situations that require dedication to a particular long-term goal.

When an individual's fear of commitment leads to the development of anxiety or other mental health concerns, a therapist or other mental health professional can often help that person address and work through the issues. Some individuals may also wish to explore strategies to overcome commitment issues, especially when they have an impact on one's relationships and/or daily function.

Commitment can be defined as a dedication or obligation that binds an individual to a particular person, cause, or course of action. Commitments may be made willingly or unwillingly, and a fear of commitment can affect an individual's life in a variety of ways. Though the term "commitment issues" may be frequently used to characterize an individual who seeks to avoid commitment in romantic relationships, it might also refer to issues at school or in the workplace.

Some individuals who fear committing to a long-term romantic relationship might actually desire a long-term partner while still experiencing discomfort at the thought of such a relationship. When this is the case, therapy can often uncover and address any issues that may have contributed to these feelings, and the individual may be able to work through them and achieve the connection desired.

Commitment issues experienced within the context of an intimate relationship setting may be the result of attachment insecurity, which can manifest with three different thought patterns and behaviors:

People with commitment issues may agree to a long-term relationship at first and then begin to slowly withdraw from the relationship months, weeks, or even days later. Some individuals may move from one intense attachment to another with little understanding of what went wrong in previous relationships. Others may not desire the emotional entanglement that generally occurs in an intimate relationship and may decide to avoid long-term relationships altogether. Instead, they may decide to engage in “friends with benefits” relationships, short-term sexual flings, or one-night stands. They might also simply eschew intimacy altogether. However, when a person desires connection but fears seeking it out, this may lead to distress.

Simply preferring short-term relationships is not necessarily indicative of a commitment issue. Many individuals prefer to have connections that are short in duration and have no wish to commit to another individual romantically, and the assumption that all people who avoid committed relationships have a fear of commitment or some other issue may be harmful to some. Deciding to live without commitment is a choice that a person may make, but problems can arise if a person expresses a desire for commitment that is untruthful and misleading or when a person desires a committed relationship but is unable to pursue one, due to commitment issues or fear. In both cases, therapy may be recommended.

The type of commitment upon which a long-term relationship is grounded may change as time passes. Studies show that attachment anxiety is positively related to structural commitment, and attachment avoidance is negatively linked with personal commitment. Therefore, intimate partners who are both personally committed to their relationship are more likely to be able to come together in order to face any challenges that could have a negative impact on the relationship. Relationships that are based solely on structural commitments, however, may be ended by one or both partners as soon as conditions become more favorable for separation.

Attachment theory and the investment model can help facilitate understanding of both commitment and security issues. According to attachment theory, the quality of the relationship will depend on an attachment figure's alertness, responsiveness, and availability to meet the individual’s personal needs. Additionally, attachment theory suggests that prior social interactions—particularly those experienced in childhood—can also influence a person's behavior and may have a significant impact on the way an individual perceives relationships in adulthood.

Research shows those who display avoidant behavior may tend to be more independent, less accommodating, and less forgiving. They are also more likely to prefer relationships with minimal intimacy. In some cases, this behavior may be the result of a past relationship, or multiple past relationships, with a partner who consistently proved to be undependable. Those who had caregivers who were unavailable, unresponsive, or overly intrusive may have learned to take care of their own needs from a young age and might have developed avoidant tendencies as a result. These individuals may see all potential romantic partners as unreliable and thus be unwilling to commit to a long-term relationship.

Commitment issues might stem from a single traumatic event, early childhood stress, or a series of small events. Factors that may play some part in an individual's fear of commitment include:

While individuals with commitment issues may begin an intimate relationship in search of validation or with the aim of having unfulfilled childhood needs met, they may wish to do so without a partner becoming too involved in their personal lives. Some researchers believe the tendency to remain independent is more of a defense mechanism than an avoidance of intimacy.

A person with commitment issues may display maladaptive behaviors within romantic relationships, and those who display avoidant tendencies may be less happy, have less satisfying relationships, and be more prone to illness than other individuals. Research shows that individuals with insecure attachments may be at increased risk for developing depression, especially if they experience difficulty accessing social or professional support.

Commitment issues might affect one's performance at school or in the workplace as well as one's romantic relationships. Because this can have a negative impact on a person's ability to succeed, it may be helpful to address this concern in therapy.

Some individuals who fear commitment may desire a long-term romantic relationship, but as a result of their own fears, engage in self-sabotaging behavior or end the relationship after a point for no real reason. However, this can often lead to mental distress. An individual may feel as if it is impossible to have a successful relationship and develop feelings of worthlessness or depression.

The partner of a person who has commitment issues may find these issues difficult to understand, especially when the partner who has difficulty with commitment opens up, then pulls away. This behavior can be confusing and may have a negative impact on the other partner's mental and emotional state, and it may lead to a rift in the relationship or to its end. However, when a person is open and honest with a partner, in a serious relationship it may often be possible to work through commitment issues. This can often lead to a stronger relationship, though the fear of commitment may still remain a recurring issue in the relationship.

Couples counseling might also help address issues that arise in a committed relationship when the level or type of commitment changes. The support of a therapist may be beneficial as a person attempts to decide on the best course of action within a relationship that is negatively impacted by one or both partners' fear of commitment.

Some mental health professionals specialize in treating commitment issues, and they may be especially skilled at helping an individual recognize and understand the fear of commitment, whether it developed as a result of recent failed relationships, from events that took place in childhood, or has no clear cause. Therapy can also help a person develop communication skills, which may help one become better able to discuss a fear of commitment and any related issues with potential partners.

Some individuals may mislead others, intentionally or unintentionally, leading them to believe in the possibility of a long-term relationship. Therapy can be helpful in this case, as a therapist may be able to help individuals understand the reasons behind this type of dishonesty and help them develop the ability to be more truthful about their needs and desires.