Does Depression Play a Role in Violent Behavior? 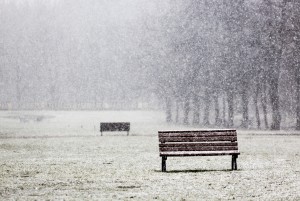 Although recent developments in the investigation into the crash of Germanwings Flight 9525 reveal that copilot Andreas Lubitz had recently researched suicide methods and the security of cockpit doors, making it appear as though he deliberately crashed the plane in a suicide attempt, many unanswered questions remain regarding his motivations for bringing down a plane full of passengers. The media have latched onto Lubitz’s history of depression and mental health treatment, painting a grim portrayal of hidden mental health challenges. Some headlines appear to suggest that depression alone can lead a person to behave violently toward others, though this is rarely the case. In the aftermath of a violent tragedy like this one, news headlines frequently point to a perpetrator’s mental health issues, leading the public to believe that conditions like depression and the people who experience them should be feared, when in fact, issues like depression, anxiety, and anger are common, everyday concerns that affect many millions of people around the world and are infrequently associated with extreme violence.

Can Depression Make a Person Homicidal?

Though depression is a leading factor in suicide, affecting about 90% of people who kill themselves, it’s certainly not the only reason people harm themselves. Challenging life circumstances, social rejection, a breakup, poverty, terminal or chronic illness, and a host of other factors can contribute to a person considering or attempting suicide.

Ruth Wyatt, a licensed therapist in New York, told GoodTherapy.org that suicide is a complicated issue. “I think it is important to remember that the vast majority of people being treated with counseling and/or medication for depression or other emotional issues are not suicidal,” she said.

Suicide, though, is not the same as homicide. There is no evidence suggesting that people with depression are more likely than people who do not have depression to harm others. Thus moves to prohibit pilots who have depression from flying or to implement workplace mental health screenings may do nothing to prevent a future catastrophe. Research has consistently shown that people labeled as “mentally ill” are significantly more likely to be victims of violence than they are to be perpetrators. A 2014 study found that a third of people with mental health issues are victimized in any given six-month period.

Mental Health and the Workplace

Lubitz is not the only person to have ever concealed a mental health issue from an employer. Indeed, for many people who struggle with depression, anxiety, and other mental health concerns, sharing the diagnosis with an employer could feel inappropriate.

At first glance, mandating mental health screenings for those whose jobs can be used to harm others might seem like a practical measure. After all, mental health services are notoriously difficult to access, and some people with mental health issues are reticent to seek assessment or treatment. Some, like Lubitz, actively conceal their diagnoses, even when they may not be well enough to work.

However, forced screenings and treatment also have the power to raise needless alarm bells about mental health. When a job requires people to undergo mental health screenings, the subtle message may be that those with mental health issues are unqualified. This can increase mental health stigma, and the Centers for Disease Control and Prevention say that stigma is the leading barrier to mental health treatment.

“The ubiquity of screenings, awareness, and treatment for mental health issues will ultimately conclude that we all have a ‘mental illness,’ ” Archer said. “Major life stressors such as the ending of a relationship or role transitions have the potential to push us all over the edge. The impact is moderated by our safety nets—supportive, loving relationships—who won’t let us fall. Suicide is the shrapnel that rips through entire communities. The truth is that mental health providers have become incredibly skillful at predicting when someone will not commit suicide, but are less effective at predicting when someone will.”