Suicide Prevention: How to Help Someone with Suicidal Thoughts 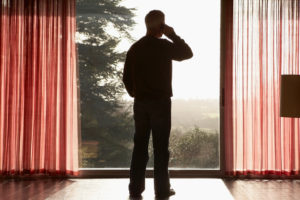 When it was revealed that actor/comedian Robin Williams took his own life in early August 2014, millions of people were in shock. For Williams’ family, friends, and fans alike, the news was devastating, but perhaps one of the most startling realizations about the incident—despite Williams regularly appearing in front of people worldwide for nearly four decades—was that no one saw it coming.

The subject of suicide is often portrayed as taboo, making it an extremely difficult topic for many to discuss. But people of all ages, genders, sexual orientations, ethnicities, socioeconomic statuses, and physical capabilities are at risk for suicide. Suicide affects both the strong and the weak. It can touch anyone.

As family members, friends, and confidants, we have a responsibility to assist the people we care about. September is recognized as National Suicide Prevention Month, which presents an opportunity to learn as much as we can about this sensitive, yet urgent, issue. How can we discern if someone we love is having suicidal thoughts, and how can we take preventative action?

Where Do Suicidal Thoughts Come From?

For people who have never seriously contemplated ending their own lives, it is challenging to understand the mind-set of an individual with suicidal ideation. As the 10th-leading cause of death in the United States according to the Centers for Disease Control and Prevention (CDC), however, understanding where suicidal thoughts come from is necessary if we want to help individuals contemplating suicide.

Dr. Kelly Baez, a therapist who worked for several years as a crisis intervention counselor for suicidal and homicidal children and adolescents, explains, “[Suicidal ideation] is the ultimate in lack of perception, gratitude, and hope. Someone who is suicidal has developed a sort of tunnel vision—it is impossible for them to imagine that their life could ever improve.”

People who are suicidal often do not know how to obtain help. While prolonged suffering is typical in suicide-related cases, it is important to remember that suicidal persons are not always merely trying to escape pain. Most genuinely believe that there is no good reason to continue living and that the world will be a better place without them.

According to the American Foundation for Suicide Prevention (AFSP), 90% of people who die by suicide are experiencing a mental health issue at the time of their deaths. Depression is one of the most common factors attached to suicidal ideation, but people who experience bipolar tendencies or other mood-altering conditions are also at higher risk. Psychosis, excessive alcohol consumption, and the use of mind-altering drugs are other factors which can increase impulsivity and heighten the risk of suicide.

The highest rates of suicide occur among adults between the ages of 45 and 64, followed closely by adults 85 and older. Children, too, can become suicidal; one in 65,000 children ages 10-14 dies by suicide each year in the U.S. Issues such as the death of a parent, divorce, bullying, sexual abuse, or social exclusion can increase the likelihood of suicide among preteens. The main concern in these cases is that parents and teachers often believe that young children will not attempt suicide.

Regarding the possibility of pre-adolescent suicide, Baez said, “I have seen children as young as six who attempt suicide—usually in an ineffective way at that age. However, the intent is there, and that’s what matters. That’s what we have to address.”

The Importance of Therapy in Suicide Prevention

Suicide Prevention Strategies You Can Use

If a family member or friend expresses suicidal thoughts, do not ignore them. They might desperately need your help. Here are a few tactful steps you can take to help a loved one at risk for suicide:

With National Suicide Prevention Month in full swing, take full advantage of the many articles, seminars, webinars, and other programs on suicide prevention. Suicide can affect anyone, and being prepared can help save lives.

Where You Can Find Help

If you or someone you know is having suicidal thoughts, the suicide prevention hotline in the United States is 1-800-273-TALK. If you are outside the United States, visit suicide.org or iasp.info to get a helpline within your local area. GoodTherapy.org also has a page dedicated to help those in crisis.  Other online resources include:

Working with a therapist or counselor allows a suicidal person confront and cope with intense emotional pain. Therapy is a leading suicide prevention method. You can find a therapist near you by searching online at GoodTherapy.org or calling us at 1-888-563-2112 ext. 1 during business hours.