Depression and Discrimination: Where There’s One, the Other Often Follows 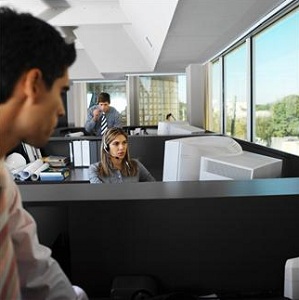 Depression makes it difficult to function in daily life, but adding discrimination to the equation makes it even more troublesome.

A new study in the journal The Lancet stated that out of the 1,082 adult participants with major depressive disorder, 79% reported that they have experienced discrimination. People who experienced discrimination while depressed had more depressive episodes, social difficulties, and issues finding and keeping a job. They also were less likely to reveal a diagnosis of depression.

These results suggest that more works needs to be done in the area of preventing discrimination and eliminating stigma. Discrimination can prevent people with depression, who may be worried about disclosing their diagnosis, from getting the help they need. While getting a job and growing social networks can help fight depression symptoms, those pursuits become more challenging in the face of discrimination.

“The most common example has to do with intolerance toward peers/friends/relatives that comes from not understanding that depression is a disease that the individual cannot simply will themselves out of,” he said.

Sack said a supervisor might question an employee’s motivation and commitment due to symptoms of depression, even if those symptoms don’t reflect how the employee really is.

“How often have we heard that this or that person claims that they are depressed just so they can get time off from work or won’t have to take responsibility for mistakes they’ve made?” Sack said.

Although many people know the basics of depression thanks to widespread awareness initiatives, prejudice, bias, and stigma still are rampant.

Viola Drancoli, a clinical psychologist, said in an email that friends and family members of people with depression might exhibit discriminatory behavior with them because they may feel drained from being around someone who expresses sadness, pessimism, irritability, and a lack of motivation.

This could push someone with depression into isolation. A person with depression might prefer being alone so he or she doesn’t have to attempt to hide feelings from others.

“The social isolation often starts a vicious cycle in which the (client’s) negative outlook on life is reaffirmed, they feel let down by family and friends, and symptoms may worsen,” Drancoli said. “This is especially dangerous for individuals who have suicidal ideations and need support and monitoring.”

Drancoli said it’s important for family and friends to be supportive. She suggests volunteering to help out with chores that might be difficult for someone with depression to complete when he or she is struggling to function, as well as patiently listening without judgment. Loved ones can gently encourage a person with depression to exercise as well, as this has been shown to boost mood.

People with depression who believe they have been discriminated against have the law on their side. Sack said that discrimination against people with any disabilities, including mental issues such as depression, is forbidden by the Americans with Disabilities Act. The civil rights law, enacted in 1990, defines disability as “a physical or mental impairment that substantially limits a major life activity.” Some states have additional laws against discriminatory behavior.

“An individual who is concerned about discrimination at work will want to speak with their supervisor or the director of human resources first,” Sack said. “Most companies have strong policies to promote fairness and nondiscrimination.”

Justine Lisser, a senior attorney advisor in the Office of Communications & Legislative Affairs at the U.S. Equal Employment Opportunity Commission, said by email that if an employer has at least 15 employees, it must abide by the ADA. Employers need to provide “reasonable accommodations” for people with disabilities, as long as the employer isn’t deeply burdened as a result.

“For example, if a person with depression is hired for a position that requires an 8 a.m. start time, but due to the effects of (antidepressant) medication the person could not start until 10 a.m., it would be a reasonable accommodation to permit the employee with depression to start at 10 a.m., assuming that it would not cause an undue hardship for the employer,” Lisser said.

The EEOC has successfully enforced employee discrimination laws in a few cases involving people with mental health issues. In one case, a sales associate at a video retailer experienced harassment because of his social anxiety disorder and depression. His employer was ordered to pay $70,000 to settle the discrimination suit, according to an EEOC press release from March 2012.