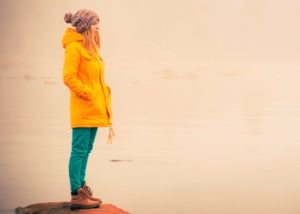 Problems that make their way to family therapy tend to involve self-reinforcing—or circular—dynamics and, as such, are commonly called “vicious cycles” or even “vicious circles.” When people become “stuck in a rut,” so to speak, a problem has morphed into a cycle of cause, effect, and attempted solutions.

In other words, even legitimate attempts to solve a problem seem to somehow perpetuate it.

By the time a person (or couple, or family) enters therapy, they are often aware on some level of the nature of the cycle they are stuck in, and motivated to try something new.

This is therapy’s opportunity.

People thoroughly entrenched in problems have underlying resiliency. Family therapist Carl Whitaker (1989) wrote, “Psychopathology is proof of psychological health. The individual who is distorted in his thinking is essentially carrying on an open war in himself rather than capitulating …”

Effective therapy need not reinvent a person; rather, systemic therapists wrestle with people in their care to stir their own latent creative energies to free themselves from being stuck in their quagmires. It is ultimately always the people in therapy who become free and responsible over their lives, not the therapist.

I must credit these ideas, broadly, to the pioneering integrative systems theory of Gregory Bateson, to whom many of the founding mothers and fathers of our field owe their inspiration.

The use of feedback to engage the parallel emotional process.

At every turn, I believe it is my responsibility to circle back around to mindful reflection of my therapeutic interaction with people. I tell them about my experience of them—what I have felt, wondered, observed, and thought, including my evolving hypotheses.

I sometimes go to great lengths to understand and cajole them to understand some of the basic relational dynamics taking place between us in therapy to stir perspective outside the therapy room.

Isomorphism as intervention is about intentionality as a therapist in cultivating emotional-relational transparency oriented toward therapeutic intimacy.

When built on openness, respect, and curiosity—and while maintaining a practice of accountability with people in therapy—engaging at this level has the potential to infuse transformative power into the therapy process.

The use of evaluative assessment to gain contextual perspective.

Recently the Rosetta space probe arrived at its destination after a 10-year journey of more than 600 million miles through our galaxy. When it arrived, it spent months carefully orbiting around comet 67P, aka Churyumov-Gerasimenko, in order to study it from afar. Rosetta first had to get a sense of the shapeliness of the mass, understand a bit of its terrain, and strategize where best to send its lander.

Philae, the landing module that Rosetta had brought along, eventually made its careful descent to the comet. Unfortunately, despite careful planning, the lander bounced at least twice after landing on the surface, and when it landed, it was in a shadow, near the bottom of a towering ridge, unable to absorb the sunlight necessary for its own battery and the continuity of the mission.

After the mishap, scientists reassessed that the unthinkable position of the lander may have a serendipitous upside—as the comet nears the sun, the lander may find itself exposed to the beams of sun necessary to charge itself yet remain shielded enough to carry on for much longer than planned.

As we survey territory, I must be skilled enough to avoid major obstacles, and we must be joined well enough together to traverse through pummeling, disorienting space dust in order, ultimately, for people in therapy to gain an awesome, sometimes catalyzing, perspective of larger processes governing their lives. And we must roll with resistance in the process, reframing stumbles as opportunities.

Oh, and just in case it crossed your mind—yes, assessment is intervention!

Analyzing perceptual alongside communicative patterns in order to disentangle them.

The proverbial “chicken or the egg” really cannot do justice at this level of complexity.

Bateson commonly called abduction “the double description,” and he by this referred to extrapolating patterns of mental processes alongside patterns of adaptive processes. It is fascinating to consider—all forms of communication truly are adaptive; and perception is nearly inextricably tied into it.

We must move far beyond learning as insight-comprehension to a kind of learning-while-learning, with, for instance, communicative shifts occurring simultaneously alongside perceptual shifts and each reinforcing the other—Bateson (1972) called this “deutero-learning” or “Learning II.”

As people in therapy grasp shared aspects of the perceptual and communicative processes within themselves and their families, the possibility increases that as they decode interrelationships, they will learn to disembody the problem transfixed within them. In other words, they may learn increasingly to dissociate themselves in some way from their problem and thereby become disentangled from it.

Bateson (1977) once wrote, “As you become aware that you are doing it, you become in a curious way much closer to the world around you,” and this is its therapeutic power. This, Bateson (1991) argued, is because “meaning is not internal. It is between parts.”

Practicing the problem in order to demystify and rend it less powerful.

And so I find it of the highest necessity that the people I work with in therapy bring their problem(s) into therapy. This may seem to be stating the obvious. What I mean, though, is that for our therapeutic relationship to affect change in the lives of the people I help, we must somehow experience the problem together in vivo.

When people are tempted to go on recursively explaining problems, I let them know they can choose between carrying on, remaining in the safe position of knowing what they know already, or experientially exploring with me aspects of presence, emotion, or communication to risk gaining what they may have never known.

Summoning the spirit of the problem may necessarily come of its own accord, as its cajoling may constitute an ethical breach for the therapist, depending on the nature of the problem. Nonetheless, nearly inevitably, and often in the midst of a presumed period of improvement, the therapy room becomes proving ground.

The spontaneous and creative stirring of images and feelings to energize positive changes.

There is magnetism in the emotional systems of families and, to greater or lesser degrees, between every family member. The force between two is skewed by an intervening third, and so on.

The challenge of therapy is of how to work therapeutically with processes that bind and unbind, generating flexibility and instilling resilience. To grow, people must experience freedom within the felt pushes and pulls of powerful self-perpetuating forces in which problems—and families—maintain themselves.

Bateson (1972) himself suggested that painting, poetry, music, dance, and other metaphoric art forms serve as a bridge between the conscious and the unconscious, a way of communicating outwardly what dwells inwardly, abductively and evocatively affording us opportunities to enter into the relationships they express.

Whitaker (1989) taught us that what is therapeutic is not necessarily the experience itself but the meaning the person in therapy attaches to it. Quite so, if the person is to change, then transformative experiencing must occur. Success is quantum leap from one state—or state of meaning—to another.

And who but the therapist must invoke it?

(Incidentally, these modes of intervention spell “I CARE.” You can credit the acronym to me.)