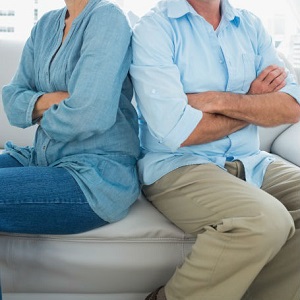 Is it possible to gain freedom from our own reflexes and reactions rather than acting at their whim?

David Shapiro (1926) wrote of the challenge of gaining self-autonomy: “In adult human beings, even strong impulses account only for strong temptations; they do not in themselves account for actions. Action involves more complicated processes. Human beings are endowed with imagination and imaginative consciousness, and thus cannot act, even if they want to, without a certain degree of conscious anticipation and intention. A particular feeling or urge will not trigger action of any extensiveness but will only generate awareness of the possibilities of action and give rise to some form of conscious intention” (p. 9).

Let’s take one common presenting problem in marriage and family therapy: conflict. When problems lead to confrontation—whether in friendship or in marriage, with our children or our parents, with coworkers or in any relationship—there are, fundamentally, two ways to confront or respond.

The first way is marked by respect and commitment. This is reflected in an effort to hear not just our own entrenched thoughts and beliefs but also others’ thoughts and beliefs. In the hearing, there is a lack of defense and volatility and a sense of space and freedom. Constructive interchanges around issues of conflict may even promote trust and a sense of validation that, whether or not there is disagreement, we are foundationally valued. This style of response breeds respect and confidence in the relationship.

The second way is marked by contempt and detachment. This is reflected in attempts to shut down another’s thoughts, beliefs, or feelings. In such conflict, there often exist patterns involving behaviors that are reactive and distancing, such as nitpicking, tit-for-tat, belittling, or the “cold shoulder.” There is an underlying anxiety dictating what is or is not said and what is or is not acted out. These interactions around issues of conflict raise defenses, increase volatility, and diminish a sense of bonded-ness and security in relationships. This style of response breeds shame and fear in the relationship.

Our hypnotic, self-fulfilling preconvictions and perseverating interpersonal habits are among the most difficult and dangerous challenges we face to personal and relational growth and joy. The impetus for these motivating fragments originates in the murky psychological underbelly or, as Carl Jung called it, the shadow, containing disowned memories and inclinations that maintain their power by our subversion of them. The shadow is a dangerous place, for it requires such a vigilante guarding that the task of protection becomes the threat of projection. We live in constant risk of projecting emotionally loaded, experience-laden anxieties, images, and symbols onto the people and the world around us.

During family therapy, such baggage—let’s call it—often hits the proverbial fan. If we are being honest, most, if not all, of us know very well about this sort of psychological knee-jerking from our own self-experience. To the extent that we act at their whim, we find ourselves moody automatons performing program-like responses. To the extent we are able to remain nonreactively engaged in spite of their urgings, we retain a posture of control and cultivate respect rather than resentment in relationships.

The wise World War II Jewish concentration camp survivor and logotherapist, Viktor Frankl (1959), challenged, “Between stimulus and response there is a space. In that space is our power to choose our response. In our response lies our growth and our freedom.”

Experiential family therapists are careful to listen not just to what clients say but through it, tracking and attempting to discern the bits and fragments of meaning and symbol in order to capitalize on them at key points during the progression of therapy. There is, of course and necessarily, interpretation, improvisation, and great care and compassion in the interjection of psychomythical odds and ends.

Experiential family therapists believe that relational anxiety has within it the power to foster growth and that stress may be induced in therapy within a relational system in order to instigate healing changes.

To offer an analogy, I believe that experiential therapy, at its best, has the potential to act as a solvent, with problem-associated anxiety acting as a dissolvable solute. In the process, the toxicity of the solute is disarmed with the resulting biochemical solution acting to enliven the growth processes inherent within the relationship itself. With the burgeoning of new neuroscientific research, we are coming to know, in fact, that there truly is a science behind this art. I would add that, as any therapist knows, there is also an art to catalyzing the science.

While encouraging the spontaneous and creative side of therapy, Whitaker also understood the importance of providing focus and structure—“the experience of our being firm,” as he called it. In The Family Crucible, Augustus Y. Napier and Carl Whitaker (1978) contended, “The family crucible must have a shape, a form, a discipline of sorts, and the therapist has to provide it” (p. 11).

When vicious cycles of power struggle initiate during a therapy session, the therapist can allow the potentially destructive interplay to spiral or to intervene in the moment-by-moment interactions providing therapeutic direction. I have done this by offering “a fork in the road,” as suggested by Una McCluskey (2002). If people are tempted to explain why they were angry with one another, I let them know that they can choose between carrying on explaining, remaining in the safe position of telling what they know, assume, and believe already, or exploring their internal experience of impulse, anger, and overreaction, giving them an opportunity to learn more about what they do not yet fully understand.

One of the central goals in experiential family therapy is that family members begin to experience themselves more openly, intentionally, and nonreactively in relationship with one another.

Experiential therapy acts as a crucible for the forging of interpersonal character. Therapeutic changes are both more effective and lasting in the course of therapeutic relationship than through modern versions of detached psychoanalysis, behavioral experimentation, or rote psychoeducation.