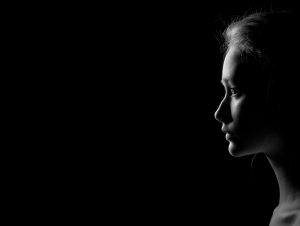 Trauma can be defined as an event that falls outside the range of usual human experience that causes distress. Trauma can be either human-made or from natural causes. Examples of human-made trauma include physical or sexual violence, war, car accidents, or witnessing the injury of someone else. Natural traumatic events might include floods, earthquakes, and volcanic eruptions.

The way people experience trauma can be grouped into two types: big T and little t. A big T event is one that most people would consider traumatic, such as a plane crash or sudden and unexpected loss of a loved one. A little t event is one experienced as traumatic at a personal level, such as the loss of a pet or a relationship breakup.

How Your Body Responds to Trauma

When you experience a traumatic event, your body may respond by going through a sequence of six different actions. Many people have heard of the fight-or-flight response, which is part of the larger picture. Each action is thought to be your body’s way of trying to protect you from potential harm. You may experience the full sequence of events or only part of it, depending on the situation. The response varies depending on how severe you think the threat is in relation to your own power to take action.

During the freeze response, your body stops to heighten your awareness of what’s going on around you. Your hearing and vision will likely seem heightened as your brain attempts to gauge how threatening the situation is.

Once you’ve perceived that a situation is threatening, your body goes into an “alert” mode. Your muscles tense up and your body readies itself to flee if necessary.

The third response many people experience in a traumatic situation is to feel like fighting or confronting the situation or perpetrator. Your heart rate will increase and you may attempt to counteract the danger.

The fright response occurs when your emotions peak with the feeling of fear and your ability to think or concentrate becomes limited. Your body may become immobile, and parts of the event may start to be “blocked out” as you come to realize that there may be no way to escape or counter the situation.

The flagging response is when your biological systems begin to shut down, your blood pressure drops, and your emotions become numbed.

The final response to trauma is fainting, which happens in extreme cases and includes losing the ability to send any messages to your body to take action.

When I speak with survivors of sexual assault, they often mention experiencing the first or fourth responses and describe feeling frozen or dissociated from the violence happening to their bodies. Trauma survivors often say they aren’t able to remember the entire traumatic event, which makes sense. When you’re scared, unable to concentrate, and your body’s systems are shutting down, it’s highly unlikely that you will remember everything that is going on or recall the order in which things happened. Other people, however, can remember vivid details about the event but still may notice gaps or have trouble accurately describing what happened.

Counseling may not be able to help you fill in all the missing pieces as a result of the trauma, but it can help piece together a fuller image of your life and create greater clarity about where the trauma fits within the bigger picture.Two areas of the brain that manage memory and emotions are commonly affected by traumatic events, which can help explain why memories become fragmented and emotions may feel overwhelming even after the trauma has ended. The brain seems to pick and choose memories and feelings it thinks are the most helpful for your survival, and it wants you to retain that information.

Although your body is designed to protect you during a trauma, your brain might be sending unhelpful messages that keep your body in constant protection mode long after the trauma is over. It’s almost as if your brain thinks if it can hold on to those bits and pieces of scary memories and not let go of all the feelings after a traumatic experience, maybe you will stay safe and not get hurt again. However, constantly remembering the event and feeling worried, numb, and hypervigilant can be exhausting and frustrating. This is when you may feel the need to seek help from a therapist or other mental health professional.

By talking about the event with a counselor, you can process it at your own pace and put words to what you experienced to help your body and mind let go and quit trying to protect you unnecessarily. Counseling may not be able to help you fill in all the missing pieces as a result of the trauma, but it can help piece together a fuller image of your life and create greater clarity about where the trauma fits within the bigger picture.