What Pixar’s ‘Inside Out’ Can Teach Us about Trauma, Part II 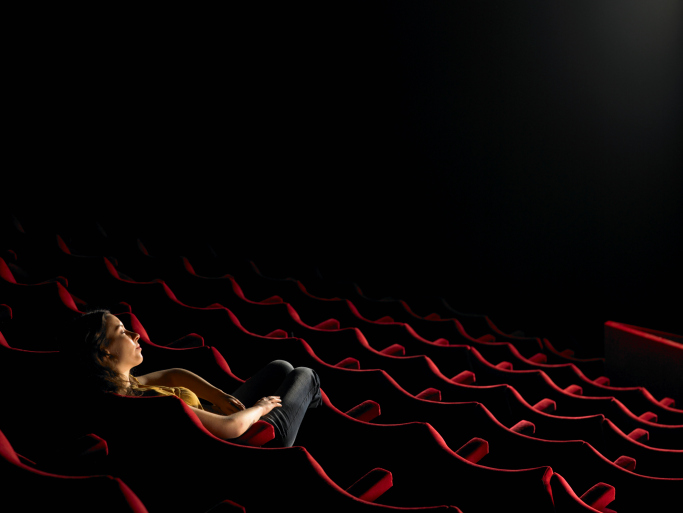 Editor’s note: In Part I of this two-part series, we reviewed how the Pixar movie Inside Out provides a unique way to consider how the impact of trauma on our lives leads to rejection of feelings that we may not have been able to fully realize at the time. Here, we explore how this relates to posttraumatic stress (PTSD).

Becoming “phobic” to traumatic material, as opposed to acknowledging and fully realizing and integrating it, is essentially what happens with posttraumatic stress. In our attempts to do the usual things associated with day-to-day living, we push back against our unprocessed trauma. We can become so blown out by it, so overwhelmed by it, that we try to avoid anything we think might be associated with it, consciously or unconsciously.

Even though the trauma just wants to heal, we attempt to focus solely on the actions of our daily living—raising children, going to work, attending school, etc. Granted, we need to focus on those things. Our survival depends on it. Nevertheless, the unhealed aspects of our past are stuck in survival mode as well, even though actual threat is no longer present. We know the traumas are behind us, logically, but our entire being does not necessarily feel in agreement.

In the meantime, while we try to stay hyper-focused on daily living, there remain underlying defenses that lead to feelings of distress. We can become so avoidant of our unhealed traumas and triggers that we find ourselves pushing them away, albeit unsuccessfully. We try to avoid people, places, and things that trigger us. We seek to numb out certain emotions. We use addictive behaviors. All of these things are an attempt to avoid the traumatic material that we are still feeling defensive against but wants to be healed. We hope that the avoidance will push it all away, but it does not. In fact, the posttraumatic symptoms get worse and worse.

In Pixar’s Inside Out, which centers on an 11-year-old girl named Riley who struggles to cope with the traumatic feelings surrounding her family’s move, the best example of this continued decline following her unprocessed trauma is found in a scene near the end of the movie. We see her on a bus alone, despondent, and running away from home. The emotions that are at the helm of her control panel—known as “Anger,” “Disgust,” and “Fear”—are quickly alarmed when they determine that all systems are shutting down. Riley goes numb.

Riley’s experience on the bus is familiar to people with whom I work in therapy, people with symptoms of posttraumatic stress. They have tried all that they can to function and stay in the world of day-to-day life, but they find themselves not being able to feel or feeling too much and, therefore, shutting down. They no longer enjoy what used to bring them joy; they avoid situations that might be triggering, and as a result, their lives feel smaller and smaller.

Instead of leading a full and expansive life, the world has is seen as threatening, risky, and something to avoid. The traumatic material keeps pushing through—thoughts, emotions, images, sensations, or beliefs from the past become louder and louder, as it were. People in such circumstances may have to dissociate more and more to be able to continue to conduct daily life, which ends up getting more restricted, smaller, and less enjoyable.

More often than not, this seemingly never-ending circle is what brings folks to therapy. They want to enjoy and be present in their lives as opposed to feeling their defenses.

In Riley’s case, just as in a person’s, the brain’s evolution—the “console’s expansion”—plays an important part in healing the past.

As Riley experiences a greater sense of healing from her family’s move from Minnesota, she grows older, reaches puberty, and the emotions of “Anger,” “Joy,” “Disgust,” “Fear,” and “Sadness” are surprised by the replacement of the “old console” with a newer, more advanced model. As a result, the characters that represent her emotions have greater access to new behaviors, thoughts, sensations, and actions, even buttons for curse words!

Just as our adult brains were once child brains, we, too, have expanded, evolved, and increased our access to a greater range of behaviors, perspectives, and experiences. Our brains’ neurology has expanded.

Just as Riley got a new console, with new functionality, we, too, have a wider range of software as adults; we develop more neuro-pathways as our child brain grows into an adult brain with adult thinking.

But that does not mean our traumas have evolved with the upgrade. They can remain stuck in the past. We may still have aspects of ourselves that are still functioning as if we have a child brain and child perspectives. The defensive actions still are driven by the old console’s functionality, the neurology associated with our childhood thinking. The ways we coped with our traumas in the past and the strategies we used—such as denial, numbing, and self-harm—are all from a place of the console that hasn’t caught up with the rest of the adult brain.

The Emotions Are Not the Threat

More often than not, those healing trauma are just learning this. Good trauma therapy helps us to fully recognize that we can tolerate the accessing of those emotions because the original trauma is over. Our brains, given the smaller consoles and less developed neurology of their past, could not know this, especially when the events were still happening. Unless those old traumas are processed and fully realized, the entire self cannot get current, present, and “updated,” if you will.

Keep in mind that as I describe the importance of allowing emotions and processing them, it does not mean there exists a therapeutic goal of reliving them. It is not the goal of trauma therapy for us to feel stuck in reliving. In fact, reliving is the antithesis of what we want. Anyone who has experienced any form of flashback will tell you that reliving does not feel healing. Pushing for the reliving—the narrative, the overexposure—can be more destructive, and make the self want to dissociate more.

If you have ever had the experience of being in therapy and your dissociative process increases, it is likely because you are pushing outside of your window of tolerance. The tolerance for feelings is a gradual process, and does not happen overnight.

Our goal in good trauma therapy, especially in eye movement desensitization and reprocessing (EMDR), is for us to feel one foot in the present and one in the past in order for those traumatic memories to heal. We can’t heal if we are hijacked by the behaviors, thoughts, feelings, and sensations that come from defense. We also can’t heal if we are stuck in daily living. Our systems have to get back into balance.

If you are a trauma therapist and are seeking additional reading, resources, and learning surrounding complex trauma and structural dissociation theory, you are strongly encouraged to read The Haunted Self: Structural Dissociation and the Treatment of Chronic Traumatization (2006) by Onno van der Hart, Ellert R.S. Nijenhuis, and Kathy Steele.