Is Belief in Conspiracy Theories a Sign of Mental Health Issues? 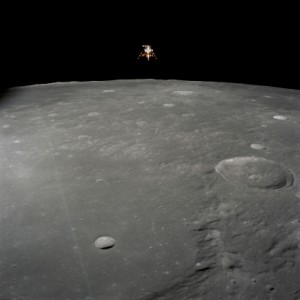 Pop quiz: What do the moon landings, the JFK assassination, and the 9/11 terrorist attacks have in common?

While each event touched the lives of millions of people and left indelible marks on American history, there is a third similarity: these events were all staged … or so some people who believe in conspiracy theories may argue.

Conspiracy theories posit that people, groups, organizations, or governments deliberately withhold or cover up the truth surrounding events and situations. While conspiracy theories typically lack the concrete evidence of more conventional explanations, they nevertheless exist and are upheld within a percentage of the population. Perhaps you’re not losing sleep over an alleged alien spacecraft hidden somewhere near Roswell, New Mexico or deadly diseases supposedly manufactured as a means of population control, but some people are convinced that those in authority are working together to conceal the truth surrounding certain events.

For some, there might be comfort in thinking they know something most people don’t, but that doesn’t mean the fringe is a comfortable place to be. For people who believe in explanations that differ from the mainstream or the historical record, their mental health may be called into question.

There is a rich history of conspiracy theories in the United States, partly because its democratic society allows for free speech, partly because of its robust and shadowy intelligence community, and partly because, well, conspiracies in America have been uncovered before.

During the Cold War, for example, the Central Intelligence Agency (CIA) conducted illegal scientific research to see if it could control people’s minds. The CIA used LSD, hypnosis, and biological agents on people, often without their knowledge, to study how it affected their behavior. The program was conducted over two decades, enlisted the help of top researchers at more than 30 universities, and cost American taxpayers more than $20 million.

While to many people that may sound like a far-fetched idea cooked up on a conspiracy theory website, the program was called Project MK-ULTRA and was uncovered by an investigation headed by Senator Frank Church and Vice President Nelson Rockefeller in 1975.

People who are believers in conspiracy theories are correct in their assertion that things are not always as they seem.

Conspiracy theories are often assumed to be the paranoid delusions of a troubled minority. However, a national survey published in April 2013 by Public Policy Polling shows that as many as 21% of Americans believe that an alien spaceship crashed in Roswell, and that the government covered it up.

Some other results from the poll include:

Cass Sunstein, a law professor at Harvard, former administrator of the White House Office of Information and Regulatory Affairs, and author of Conspiracy Theories and Other Dangerous Ideas, said in an interview with U.S. News & World Report: “Under conditions of fear or anger, as for example following a bad event, people want to find a cause, and they also want to resolve their own uncertainty. So if you’ve seen an assassination, or a terrible economic downturn or a missing plane, there may be an inclination to posit an agent who’s behind it.”

Building the Belief: Is It All a Conspiracy?

While many people tend to keep an open mind about major world events, someone who is labeled a “conspiracy theorist” may construct and maintain a worldview that is defined by conspiracies. He or she may display what psychologists refer to as a “monological belief system” wherein unexplained events are perceived as being part of a master plan. Alternative explanations are typically rejected outright. For some, conspiracies are seen everywhere, in anything and everything. In fact, one of the greatest predictors of whether someone will believe a conspiracy theory is if he or she already believes other conspiracy theories.

A study by Wood et al. (2011) illustrates that some who believe in conspiracy theories can even reconcile contradicting theories if there is coherence with a strongly held worldview. For example, the study showed that the more people believed Osama bin Laden was already dead when he was found by U.S. troops, the more they believed he is still alive. While the theories clearly contradict each other, both are consistent with the basic worldview that officialdom is fundamentally deceptive.

Skepticism is often warranted—in fact, it’s the foundation of the media’s role as a government watchdog. But when distrust of that media runs rampant, skepticism is compounded. When the facts are in doubt, people may be inclined to develop beliefs that fit self-serving narratives.

Most people who believe in conspiracy theories are harmless participants in a widespread social phenomenon, but how they act (or don’t act) on their beliefs can have far-reaching social consequences. For example, research shows that some populations who believe in conspiracy theories are less likely to use condoms, seek HIV treatment, take action against climate change, and vaccinate their children.

If mental health conditions are present that make it difficult to distinguish reality from fears and unsettling thoughts, therapy—perhaps in combination with medication—may help. If you or someone you know is experiencing troublesome thoughts beyond what you believe to be healthy, seeking the help of a mental health professional can be a great place to start. Therapy can help a person identify factors that may have contributed to his or her worldview, for better or for worse, as well as what type of treatment and support may be best for addressing any related conditions.

Labeling any person as “crazy”—regardless of his or her thoughts or beliefs—can result in negative effects. For example, calling someone crazy may cause emotional or psychological pain, contribute to the marginalization or dehumanization of certain individuals or groups, or exacerbate stigma surrounding mental health conditions.