Watch Out: The Psychological Effects of Mass Surveillance 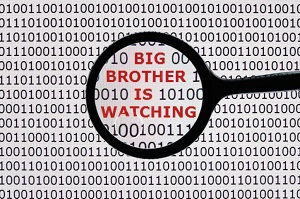 You’re not paranoid if they really are out to get you. More than 50 years after Ernest Hemingway committed suicide, we know that Hemingway was being tracked and hounded by the FBI, but this revelation seems less significant in a culture dominated by surveillance.

Edward Snowden’s recent revelations about NSA spying have sparked a vigorous public debate, and employers routinely spy on their employees by tracking their email, logging their chats, and checking their Facebooks. Walk down any street or enter any convenience store and the odds are good that there’s a camera filming you. The line between public and private behavior is increasingly blurred. Some people are willing to sacrifice a bit of privacy to feel safer, but what about the psychological effects of all this surveillance?

A sense of privacy can play a significant role in the control people feel over their lives. We all have private thoughts and behaviors that we’d rather keep under wraps, but mass surveillance makes this much more challenging. A hastily typed email message or unfortunate Facebook update can suddenly become public knowledge. As far back as 1996, researchers found that people felt a loss of control when they knew they were being watched.

The mental health effects don’t end there, though. Researchers have found that as surveillance increases, so does anxiety. Anxiety can lead to a host of health conditions, including high blood pressure, obesity, respiratory problems, gastrointestinal problems, and even cancer.

Social networking, email, and text messaging play major roles in helping to maintain relationships with friends and family, especially across geographic distances. When people know they’re being watched, though, they tend to be more circumspect with their communications. What was once a sarcastic inside joke might become something that, taken out of context, reads like a threat. As the zone of privacy around a relationship diminishes, so too might people’s willingness to foster real intimacy and shared understandings.

Researchers have known for decades that people tend to conform to what observers expect. In the 1960s, Stanley Milgram demonstrated that research subjects would willingly shock another person—even to the point of putting the person’s life in danger—if told to do so by an authority figure. When people know they’re being watched, they may subtly alter their behavior and communication to meet the expectations of the watcher. For an office worker, this might mean avoiding creative problem-solving. In political life, though, the effects can be even more damaging. The surveillance efforts of dictatorships have traditionally inhibited public involvement in government and shut down opposition. It may be that even in a democracy, surveillance limits dissent.