The Psychology of Trust Issues and Ways to Overcome Them 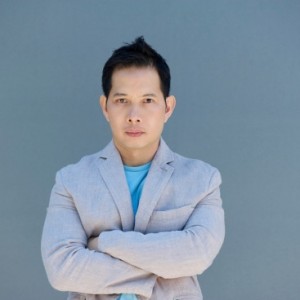 placing confidence in someone or something other than yourself—is social superglue. It is the binding for the deepest love, the strongest friendships, and the world’s communities. Modern society is built on trust, and in the absence of trust, fear rules.

With this in mind, it is easy to understand how people with trust issues might have difficulty engaging in certain social contexts and leading the most fulfilling life they can. Some of the most common settings in which individuals display a lack of trust are in interpersonal relationships (romantic or otherwise), business dealings, politics, and even the use of technology. And with these different facets of life becoming increasingly interconnected, mistrust could conceivably spread from one part of a person’s life to another.

Where Do Trust Issues Come From?

Trust can take years to develop, but it can be destroyed in an instant. People who have issues with trust have often had significant negative experiences in the past with individuals or organizations they initially deemed trustworthy. For example, studies show that children of divorced parents and those from abusive households are more likely to have intimacy, commitment, and trust issues in future relationships.

While trust issues sometimes develop from negative interactions experienced during early childhood, social rejection during adolescence or traumatic experiences during adulthood can also lead to trust issues for an individual. Betrayal in the form of infidelity in romantic relationships can cause trust issues throughout a person’s life. Significant loss of financial resources or perceived injustice at the hands of authority figures can even cause strong feelings of mistrust toward institutions rather than people. The fragile state of the nation’s economy, for example, has resulted in many people losing trust in the banking system and government organizations.

In short, when a person’s trust is repeatedly violated, his or her belief system can be affected profoundly, causing future concerns with placing trust in people or organizations.

A person with trust issues may harbor negative beliefs about trust and may find themselves thinking limiting thoughts, such as:

“I can never let my guard down.”
“If I open up I will only get hurt again.”
“Everybody is out to get me.”

A person with these kinds of thoughts may construct social barriers as a defense mechanism to ensure that trust is not lost again. These barriers are often a person’s way of avoiding the pain, rejection, or guilt associated with mistrust.

A belief system marred by violations of trust can significantly burden an individual both mentally and physically. Overwhelming anxiety and stress can easily become everyday companions, facilitating the gradual erosion of both mind and body. Thankfully though, these shackles need not remain forever.

How to Regain Your Trust

Before any issue can be resolved, you must first recognize that there is an issue. That honest admission will serve as the bedrock for all your endeavors to re-establish trust in others.

Many types of therapy will help people regain the ability to trust others, and, in fact, the therapeutic relationship itself provides an exercise in trust. With a thorough understanding of a person’s initial development and psychology, a qualified mental health professional can help an individual understand where his or her trust issues come from, and develop effective ways to foster trust in relationships, interactions, or institutions. During therapy sessions, sources of mistrust can be identified and properly addressed so that people are able to dispel or cope with future fears. Group therapy for trust issues can also be particularly effective as people undergoing treatment for similar mental health concerns can learn to build trust with the therapist and other members of the group.

Trust is vital for internal harmony and positive social functioning. The ability to effectively trust others helps people live happy, rich lives. As mentioned before, trust is the foundation of most healthy relationships, but sometimes that foundation is shaky because of events in the past. If you’re interested in working through past wounds that shook your trust or increasing your capacity to trust, consider seeking the help of a therapist, spiritual leader, or other qualified mental health professional to begin rebuilding that important foundation.