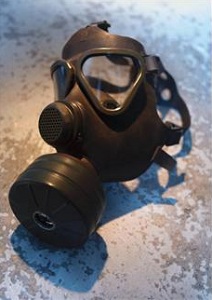 Since the beginning of recorded history, people have been forecasting the end of the world. In biblical times, many people believed that Jesus would return in a few short years, and religions throughout the world have cautioned people to repent and prepare for the end of days for as long as there have been religions.

In modern times, with science gaining popular acceptance and doomsday scenarios falling outside the mainstream, such beliefs can seem highly unorthodox. But the Daily Mail reports that 22% of Americans believe the world will end in their lifetime, and the belief that a religious figure will return to “save” a chosen few is still commonplace. The National Geographic Channel has dedicated a popular television series to people who believe the world may soon end: Doomsday Preppers follows individuals—sometimes referred to as survivalists—and their families as they plan and prepare for the end of civilization.

Psychology can offer some insight into this phenomenon.

Risk and Preparedness
We live in an increasingly complex and often frightening world. Massive tsunamis can kill thousands, and electrical outages can cripple a city, state, or country. The threat of nuclear war is omnipresent, and protests around the world can make government and order seem increasingly unstable. Many people actively fear the prospect of terrorist attacks, pandemics, fuel shortages, and societal or economic collapse.

Most people prepare to some degree for “what-if” scenarios. People buy flood insurance, swarm the grocery store before a storm, and buy generators to ensure their businesses can keep running if there’s a power outage. The difference between those who take it to the extreme—such as doomsday preppers—and those who simply plan for a rainy day may simply be a matter of degree.

Trauma and Experience
People who believe in conspiracies and doomsday scenarios likely would caution that, if they’re right, they don’t look so strange after all. And when a person’s experiences are taken into account, their worries may even seem justified. A person who has experienced war might be more frightened that war could end the world, while trauma victims and people with posttraumatic stress may have more difficulty assessing risk.

Belief Systems
People tend to accept evidence that supports their belief systems and ignore evidence that doesn’t—a phenomenon called confirmation bias. In some cases, people may believe conspiracy theories because these theories support their most fundamental or earliest-established beliefs. A person whose mother claims to have been kidnapped by aliens might, for example, fervently cling to a belief in aliens because believing in aliens allows him to believe his mother. A highly religious person who believes she experienced a prophecy that the world will soon end is unlikely to abandon such a belief because doing so undermines her religious experience.

Mental Health Conditions
Some people who believe in conspiracy theories and end-of-days scenarios may be experiencing a mental health issue. Conditions that can contribute to such beliefs include: