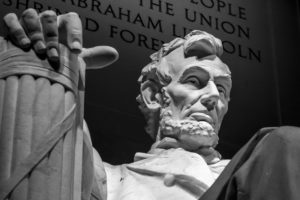 Depression has long been surrounded by stereotype and stigma. Yet the condition is more common than many people realize. One in 10 adults in the United States report having depression. It is the most common cause of disability in the United States. It can affect people from all walks of life.

Many public figures have shared their own experiences with depression and therapy. Some celebrities have used their platforms to create a dialogue around mental health. Archival documents have led experts to include historical figures in the conversation.

Although depression can be challenging, you are not alone in the struggle. Below are the voices and stories of 10 public figures who have been open about their depression:

“If what I feel were equally distributed to the whole human family, there would not be one cheerful face on earth.”

Many accounts from friends and family described Lincoln as having a melancholy demeanor. Lincoln himself wrote often about his persistent despair. Modern clinicians agree the symptoms that show up on documents about Lincoln point to what we know today as clinical depression.

Ellen DeGeneres is known today for her daytime talk show Ellen and for being a leading advocate for LGBTQ+ rights. Yet when she came out as a lesbian in 1997, DeGeneres says she faced extreme bullying and depression. Her sitcom was canceled, and she felt scared and alone. Ellen used therapy, antidepressants, meditation, and exercise to move through depression.

“I found that, with depression, one of the most important things you could realize is that you’re not alone.”

In a 2018 interview, actor Dwayne ‘The Rock’ Johnson says he’s battled depression multiple times. His first bout with depression came at 15 after his mother attempted suicide in front of him. Johnson says his most severe episode happened after injuries forced him to give up his football dream. Johnson encourages people with depression to ask for help, even if being vulnerable feels hard.

“I’ve suffered through depression and anxiety my entire life, I still suffer with it every single day.”

In a 2015 interview, singer Lady Gaga said she has lived with depression and anxiety her entire life. She is a founder of the Born This Way Foundation, which promotes mental health awareness and anti-bullying campaigns. The foundation also funds research on adolescent mental health.

In his memoir, astronaut Buzz Aldrin described his battle with alcohol abuse and depression. After returning from his mission to the moon, Aldrin felt a loss of purpose and structure in his life. He divorced his wife and withdrew from society. Aldrin says he used alcohol to numb his feelings. After getting treatment for alcoholism and depression, Aldrin served as the chairman of the National Association of Mental Health.

The author of the Harry Potter series has been vocal about her past experiences with depression. J.K. Rowling had contemplated suicide during her lowest point. She adds cognitive behavioral therapy helped her move forward. Rowling says she has never been ashamed of depression or of deciding to seek help.

“If me talking about my personal journey helps someone, it’s all worth it.”

In a 2014 interview, comedian Wayne Brady said people generally assume he and other entertainers are happy all the time. After the death of Robin Williams, Brady felt compelled to come forward with his own story about depression and recovery. Brady acknowledged it can be difficult to ask for help due to cultural stigma.

In a 1995 interview, the Wales princess spoke about her postpartum depression. She recalled days when she didn’t want to get out of bed. She also had periods when she would engage in self-harm. The princess says she experienced lots of stigma from her family for her condition. However, she still got treatment and recovered.

In a 2018 speech, Olympic swimmer Michael Phelps shared his own story of depression. He had an episode of depression “after every Olympics” beginning in 2004. After the 2012 Olympics, he spent days in his room with little food or sleep, thinking about ending his life. After that episode, he decided to get treatment. As Phelps talked about his repressed emotions with a mental health professional, he felt much better than before.

“Anxiety and depression are impervious to accolades or achievements. Anyone can be affected, despite their level of success or their place on the food chain.”

Actress Kristen Bell first developed depression in college. Although she had a successful life, she began to feel isolated and worthless. She credits her mother for telling her it was possible to get help for her symptoms. During treatment, Bell learned to manage her negative thoughts.

If you or a loved one is experiencing depression, you are not alone. Depression can affect people from all walks of life. A therapist can help you improve your mood and regain your sense of self. There is no shame in getting help.

If you or a loved one is in a crisis, you can call the National Suicide Prevention Lifeline at 1-800-273-8255. Other crisis resources can be found here.