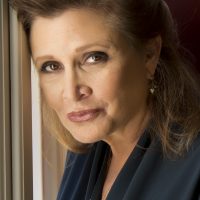 When actor Carrie Fisher died on Tuesday, December 27 after suffering a heart attack at age 60, fans of the sci-fi Star Wars series and the role she played as Princess Leia Organa—and General Organa in a recent iteration of the series—took to social media to mourn her passing with heartfelt tributes. In addition to paying homage to the fictional characters she brought to life in Hollywood, many of Fisher’s fans also honored the way she candidly spoke about her own experience with mental health issues, such as bipolar and addiction, and how she worked to eliminate mental health stigma and improve treatment.

According to CNN, Fisher was given a bipolar diagnosis at 24 and struggled with drug and alcohol addiction in the 1970s and 1980s. She opened up about her experiences in writing and interviews and became an vocal advocate for mental health awareness. Some of her influences on improving mental health and reducing stigma include:

Carrie Fisher Wrote About Her Own Mental Health Experiences

Fisher wrote about her own experiences as a Hollywood icon with bipolar and about drug and alcohol abuse in novels and memoirs. Wishful Drinking, one of her most popular autobiographical works, was published in 2008 and discusses some of her experiences with bipolar, electroconvulsive therapy as a mental health treatment, alcoholism, and drug addiction. Many tragedies in her life were painted with candid humor and honesty in her published writing.

Carrie Fisher Humanized Her Experiences with Bipolar and Depression

Fisher was one of the most outspoken celebrities to talk about living with a mental health issue. She helped the public understand what daily life could be like when living with bipolar. In a 1995 Interview with ABC News’s Diana Sawyer, Fisher said, “I have two moods. One is Roy, rollicking Roy, the wild ride of a mood. And Pam, sediment Pam who stands on the shore and sobs … Sometimes the tide is in, sometimes it’s out.” She went on to do many interviews in which she shared her personal experiences, questioned the pervasiveness of mental health stigma, and advocated for better mental health treatment.

This page contains at least one affiliate link for the Amazon Services LLC Associates Program, which means GoodTherapy.org receives financial compensation if you make a purchase using an Amazon link.
Mental health stigma leads some to perceive mental health issues as fundamental flaws or weaknesses, which causes many to avoid treatment altogether out of shame or fear of being labeled. Fisher, however, spoke about the courage it takes to live every day with a diagnosis such as bipolar. In her memoir Wishful Drinking, Fisher wrote, “At times, being bipolar can be an all-consuming challenge, requiring a lot of stamina and even more courage, so if you’re living with this illness and functioning at all, it’s something to be proud of, not ashamed of.”

Fans of Fisher’s mental health advocacy said farewell in some of the following tweets:

Carrie Fisher was a princess, a hero, a mental health advocate, & so much more. She inspired us to live boldly. She will be greatly missed.

Carrie Fisher dedicated her platform to mental health awareness & female empowerment. She is a reason + reminder to keep up your fight. RIP

Carrie Fisher's Postcards From the Edge was the first book I ever read about mental health. It is raw and brilliant and funny and inspiring.

© Copyright 2016 GoodTherapy.org. All rights reserved. Permission to publish granted by