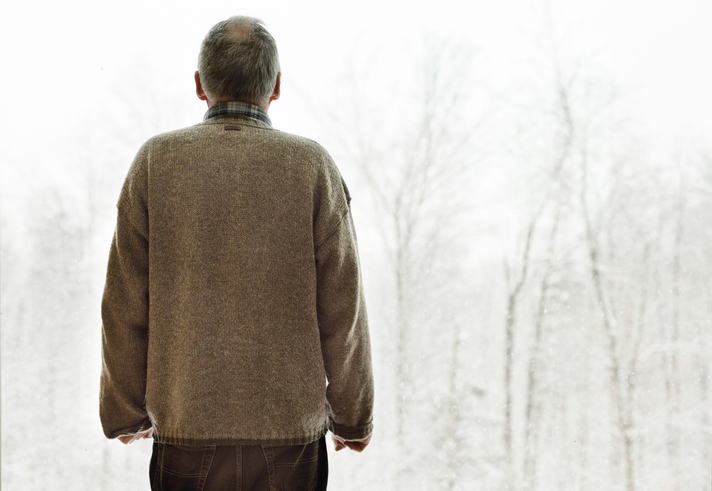 Melancholia is a subtype of depression. People with melancholic depression often feel extreme despair and guilt. They may struggle to feel any happiness, even when good things happen in their lives.

Although melancholia can be difficult to treat, recovery is possible. A trained mental health professional can help people with melancholia cope with their symptoms.

In 400 B.C., the Greek philosopher Hippocrates theorized that the human body contained four major fluids: blood, black bile, yellow bile, and phlegm. A human grew sick when these fluids were out of balance in their body. An excess of black bile would cause someone to become despondent and fearful. The Greeks call this condition melancholia. It became the first term used for depression and the first way depression was ever studied.

During the Renaissance, Europeans considered melancholia to be a sign of creative genius. They glorified it through art, fashion, and written works. But by the 18th century, the term returned to its clinical roots.

Around the 19th century, people used the term depression synonymously with melancholia. Sigmund Freud’s writings in On Murder, Mourning and Melancholia helped modernize the concept of melancholia into its current definition.

Today, melancholia is no longer listed as a standalone mental health issue. Instead, the Diagnostic and Statistical Manual (DSM) lists it as a specifier for depressive disorders. Rather than receiving a diagnosis for melancholia, a person is more likely to receive a diagnosis of major depression (MDD) with melancholic features. (Melancholia can also occur during the depressive phase of bipolar.)

To be diagnosed with melancholic depression, a person must present at least one of these symptoms:

And at least three of the following:

MELANCHOLIA AND OTHER TYPES OF DEPRESSION

Melancholia can look very different from non-melancholic depression. Compared to an individual with another type of depression, someone with melancholia typically:

Melancholic depression can also occur alongside other specifiers. For example, someone with melancholia may have a seasonal pattern to their symptoms. Research shows melancholia is more prevalent when sunlight and temperature levels are low. Melancholia might also co-occur with postpartum depression and depression with psychotic features.

Melancholia is sometimes called “endogenous depression,” meaning “depression that comes from within. The condition is highly heritable. People with melancholia are likely to have a family history of mood issues or suicide. Social and psychological factors rarely contribute to melancholia the way they might with other depression subtypes.

Research suggests differences in the brain may be responsible for melancholia. Someone with melancholia may have less neurons connecting to their insula (the part of the brain responsible for attention). They may also have an altered hypothalamus, pituitary gland, or adrenal glands. These changes may affect a person’s appetite, stress levels, and more.

Melancholia can prompt various biological changes in the body. People with melancholic depression spend more time in the REM phase and less time in the deep sleep phase. Thus, they may get less quality rest.

The condition can also affect cognitive processing and performance. Research suggests it impedes working memory, visual learning, verbal learning, and problem solving. These symptoms are specific to the melancholic subtype of depression.

Overall, melancholia can impact a person’s relationships, occupation, and health. In severe cases, it may prompt an individual to attempt suicide. Melancholia tends to cause longer periods of suicidal thinking than other types of depression.

If you or a loved one has melancholia, know that there is hope. A licensed therapist can help you on the journey to recovery. You can find a therapist here.