You Married an Emotionally Abusive Person. Now What? 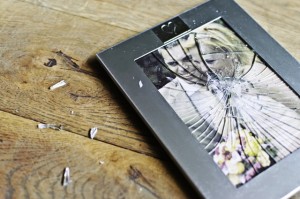 Matt and Michele, as we’ll call them, had a pretty good engagement period. Matt spoiled Michele with flowers and sweet, little notes. They went to movies, took long walks, had heart-to-heart talks. Why, then, did she have some kind of unpleasant, gnawing feeling inside?

Well, there was the one time that their phone conversation didn’t go very well. Matt had been out of town on business and a friend invited Michele to a party. She never dreamed going would be a problem, but it was. When Matt returned from his trip, he accused her of flirting with other men, not loving him, disloyalty, and more.

‘Tip of the Iceberg’ Phenomenon

Michele has a soft heart. “He is just upset,” she told herself. “He’s insecure. He doesn’t mean anything by it.”

That was her first mistake. These little signs are generally not anomalies. When a person shows you a glimpse of something concerning, don’t overlook it. Don’t dismiss it. While it is true that Matt is insecure and this burst of nasty accusations comes from his insecurity, that doesn’t make it OK to make them.

It appears Matt has trust issues. Perhaps he has seen infidelity or experienced it before. He needed to open up to Michele and explain to her that this is his problem. But you know what? People with trust issues are often afraid to do that. That’s exactly what a trust issue looks like. So he’s stuck: He wants her. He doesn’t trust her. And he’s too insecure to tell her. He’s also too insecure to give up the relationship.

Somehow, he got the distorted view that if he lashes out, her fear of him will keep her in her place. Is that the foundation of a relationship?

Since the answer to this question is obvious (no, it is not the foundation of a relationship), Michele should have taken note. She should have backed off from a potentially toxic relationship. But like so many people, she wanted to overlook what may be the tip of the iceberg.

Once the Knot Is Tied

There were many charming qualities in Matt: He was nice, a wonderful conversationalist, full of dreams and hope, and he did little, loving things for her, like buying her a book she’d been mentioning she wanted to read. He once made a dinner just for her at his apartment. OK, it was takeout, but the thought was there.

So they got married and the good stuff did not go away. Matt still brought her flowers and there were love notes attached. He poured her coffee in the morning and he tiptoed around at night when she was sleeping. The problem was that Matt’s insecurities and anxieties propelled a constellation of destructive behavior. The accusations did not go away, and he added yelling and anger to those. Sometimes he would spice it all up with sarcasm, which he called “humor.”

But the knot had been tied. What is Michele to do? Should she give up on a person she loves even though she feels that, underneath it all, Matt has a good soul? Or should she be the “helpmate” that she wants to be and try to help him overcome this?

The old saying that a person can change only if he or she wants to is partially correct. Usually, people don’t realize that they need to change, and telling them that they do just puts them on the defensive. Nevertheless, there are solid approaches Michele can take.

Fixing the problem may not be a quick and easy process. In fact, it almost certainly won’t be. Matt may resist the idea that he is hurtful; after all, nobody wants to see themselves that way.

Nevertheless, if Michele tells Matt that their relationship is not working and needs fixing, he may perk his ears up. If he truly cares—and takes responsibility—then he will ask Michele what can be done about it.

At this point, they have several options: see a therapist, clergyperson, or neutral friend; order a self-help marriage course or book; or Matt can join a group for people who struggle with abusive behavior. Enough time must be allowed to pass, several months, for meaningful changes to take place. When people are committed, they will work hard to repair problems. Matt will not only benefit from anger management but needs to overcome his insecurities, recognize when his insecurities are dictating his reactions, and learn to trust people, especially his wife.

While this is a tall order that can take years to fully realize, family members and friends should start to see some changes in three months or so. If you can see that the direction Matt is headed is positive, then the rest should take care of itself with therapy and time. I have seen countless people make wonderful first steps in these areas—if they are sincere about working on themselves. If Michele works on her own hurts—how to express them and be assertive (but not aggressive)—there is true hope for this relationship.

Of course, the possibility exists that Matt will apologize but continue to do the same, old thing. Tears don’t work; when Michele cries, he may say, “What about me?” Begging doesn’t work, either; Matt may just tell her she needs help and should get therapy. Never mind that he is the cause of her distress. He may not seek out help, and when other people hint that maybe it would be useful, he may brush it off.

If this happens, Michele is getting a message. The message is: expect this kind of treatment for the rest of your life. While sad for Michele, she can use that information to learn how to be more in tune with her qualms in the next relationship.