When Emotional Primacy Strays: The Many Shades of Infidelity 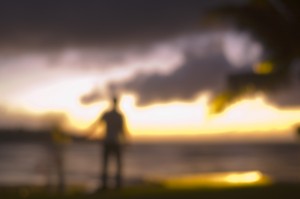 Several years ago, I was eating an ice cream cone on the patio of a walking mall under a summer azure sky when I noticed a woman sitting alone at a table adjacent to mine. I recognized the cover of the book she was reading—Not “Just Friends”: Rebuilding Trust and Recovering Your Sanity After Infidelity—and I recognized the pain on her face: betrayal, sadness, anger, and grief washed over her like waves onto a shore. I stopped mid-lick, walked over to the woman (breaking all rules of social decorum), and said, “If you’re reading that book, it can’t be good!” In the split second it took the stranger to look up from her book, I thought to myself, “You moron, what have you done? The woman is obviously in a world of pain, and now you’re calling attention to it? What kind of person walks into a stranger’s space? Especially with something so personal as betrayal and infidelity?”

My thoughts evaporated with the cutting, raw vulnerability of her reply, spoken in a calm and gentle tone: “No, it’s not good. It’s really, really bad.”

Infidelity takes many forms. It can be a hidden compulsive cycle with pornography. It can be live Internet sex with webcams. It can be sex with a prostitute or coworker. However, Glass (2003) warns her readers about a new type of infidelity, one that can affect “good people in good marriages,” people who “unwittingly form deep, passionate connections before realizing they’ve crossed the line from platonic friendship into romantic love” (p.1).

Sexual affairs, though, are not necessarily the most damaging to committed relationships. Affairs involving sex can be devastating, excruciatingly hurtful, and for some couples deal-breakers, yet what seems to be the most critical part of collapsing and destroying a relationship is the primacy of the emotional connection that the injuring partner has with his or her object of surrogate attachment. Not all infidelity involves sex; another common form of infidelity gaining press is that of emotional infidelity or an affair of the heart (Furrow, Johnson, and Bradley, 2011).

The English word “infidelity” comes from the Latin infidelitas. It suggests a lack of constancy or disloyalty, especially in sexual relations. Disloyalty in a relationship can take many forms. It can be sexual, emotional, or even limited to a cyber or fantasy realm.

It is important to understand that even in much of American culture, infidelity is a spectrum and not a particular or singular act. For example, when a recent couple (who I will call Renee and Marcus) entered counseling with me, Renee met with me individually first because she wanted to discuss some of the issues that she had “just discovered.” Renee sat down and within the first sentence of her story burst into tears. My heart sank for her, and I was immediately engaged in her story. Renee’s world had been turned over with the discovery that her husband had been using porn on the Internet.

This was devastating for Renee: an act of disloyalty, and a failure of constancy in their marriage and sexual relationship. For Renee, even though it was videos and pictures on the Internet rather than a physical act with someone else, it was a betrayal that filled her heart with fear, anger, and pain. This also ignited negative self-image feelings. Underneath these wounds, shame lurked—the sense that she might not be enough, a voice that spoke lies to Renee about who she was and how lovable or desirable she is. This was confusing to Renee, a successful businesswoman in a male-dominated industry. For Renee, this type of infidelity was very close to the deal-breaker end of the spectrum; she felt the kick-in-the-gut sense of a life out of control.

For other couples in my practice—and this in no way invalidates Renee’s feelings and worldview­—pornography may be acceptable, used individually or together in sexual activity. This seeming disparity helps to illustrate the main point of this article: that the most critical part of collapsing and destroying a relationship is the primacy of the emotional connection that the injuring partner has with his or her object of surrogate attachment. Renee needed to know why Marcus was going elsewhere for sexual pleasure, and how long this had been going on; she was assessing Marcus’ emotional attachment to his surrogate form of soothing.

Reflecting on my encounter with the woman on the walking mall that long-ago summer day, I was reckless in reaching out to her. Sometimes, though, we need a measure of recklessness to show that we are human and that we care. I am not a stranger to injuring my partner of 33 years by failing to police what becomes emotionally primary in my life. That does not mean I do not have many passions; I do! And my partner supports them (most of them!). Yet when addictive behavior, work, school, another relationship, pleasure, or play becomes my primary emotional attachment—when it usurps my most important, secure bond with my partner—I need to examine where I am most responsive and engaged emotionally.

Healthy couples can assess their primary attachment bonds together, they can voice what feels safe and unsafe, and they are willing to recognize both obvious and subliminal threats to their relationships (Johnson and Wittenborn, 2012).