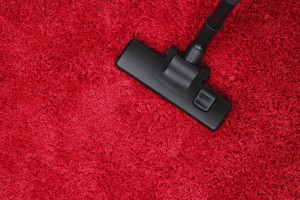 People encounter those with narcissism in love, work, and family relationships. When I provide psychotherapy for survivors of narcissistic abuse, one of the first steps in the healing process is psychoeducation about narcissism and emotional abuse. Survivors are often beset with myriad complex posttraumatic stress symptoms, including panic attacks, intrusive thoughts, depression, and the shellshock of cognitive dissonance.

By understanding the tactics employed upon the target of abuse, survivors empower themselves to reduce the impact of the emotional abuse aftermath. Given the delicate and subtle nuances involved in the psychology of healing, working with a trained clinician skilled in trauma recovery specific to narcissistic abuse is essential.

The literature on the subject of narcissistic abuse recovery is replete with pseudonyms for various circumstances involving a person with narcissism. One such concept is “hoovering” by the emotionally abusive person. When the cycle of “idealize, devalue, discard” is complete, a person with narcissistic qualities will often return to prior sources of narcissistic supply to see if he or she can tap such individuals for more ego-fueling attention, emotional reaction, sex, money, business advantages, a place to live, or other affirmations of his or her existence. “Hoover maneuver” was coined after the name of a popular vacuum cleaner, alluding to the fact abusers often attempt to suction up narcissistic supply from prior sources (people).

Individuals who have narcissistic tendencies typically lack solid, healthy self-concepts and must extract narcissistic supply from lovers, friends, colleagues, and/or family members to feel affirmed, adored, admired, attended to, nurtured, feared, or despised. Positive or negative, the reaction doesn’t matter, as long as the abusive person can excise a response from a target’s reservoir of emotional sustenance, thus rendering the abusive person “alive” by virtue of having his or her false self acknowledged.

When a survivor has gone no-contact—in other words, the survivor has chosen to disengage completely from the abusive person—often the person with narcissism will attempt to see if the door is still open for more narcissistic supply. He or she may “hoover” prior survivors by emailing, texting, phoning, or showing up at a survivor’s workplace or residence under the pretext of apologizing for transgressions, delivering flowers, hitting the reset button, or feigning illness or a need for assistance (money, return of belongings, etc.).

This cycle is akin to the Power and Control Wheel often referred to in the domestic violence recovery community. The hoover maneuver is an attempt to see if a prior target of abuse can be conned into another cycle of abuse, resulting in the abusive person reclaiming a sense of power and control by causing pain (emotional and sometimes physical) to a target.

Survivors of narcissistic abuse should not be fooled by the hoover maneuver. Such an action is not a sign that the abusive person loves the survivor or that he/she can change and suddenly develop reciprocity, authentically own responsibility for mistakes, and consistently show emotional maturity. The analogy of a vampire sinking fangs into the jugular vein works here. The abusive person may home in on the target’s vulnerabilities (wanting to be accepted, loved, attractive, etc.) and try to hook that person back into another abuse cycle, solely for the benefit of soothing the abusive person’s ego—no more, no less.

It’s advisable for a survivor to continue with no contact and block the abusive person from email, text, phone, and any other form of communication. In most circumstances, assuming the survivor does not reengage, eventually the “hoovering” will stop. However, if the abusive person harasses or stalks the target, the survivor may want to consider seeking legal action and/or getting the police involved, including but not limited to filing a restraining/protective order.

Awareness of the emotional abuse tactics deployed by a person with narcissism, and going no-contact, is the beginning of empowerment and healing for survivors of narcissistic abuse.