Yes, It’s Okay If You Are Still a Virgin 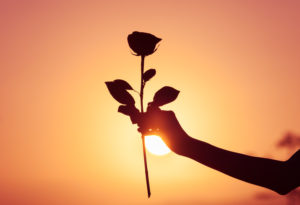 Losing your virginity can be a rite of passage signaling a transition from childhood to adulthood. For some people, having sex for the first time is an act of committed love. For others, the loss of virginity is a path to greater sexual pleasure and personal fulfillment. In a sex-saturated culture in which everyone is expected to have and enjoy sex, virginity may be stigmatized—especially for adults.

Virginity is a cultural construct. It means different things in different societies, and its definition has shifted with time. Most studies and many people define loss of virginity as having penile-vaginal intercourse for the first time. Yet this is a heteronormative definition of sex that excludes many sex acts.

Virginity is not a medical term. You cannot tell if someone is a virgin by looking at their hymen, penis, or other genitalia. Since there are many definitions of sex, there is no single, clinical definition of a virgin. The very notion of virginity or virginity stigma depends on a social construct, not a biological one.

The Stigma of the V-Card

Virginity comes in many forms. Some virgins may be eager to have sex, but unable to find the right partner. Others may be comfortable waiting, while quietly worrying that their inexperience means something is wrong with them. Some people remain virgins because of a lack of interest in sex. Asexual and aromantic people may face both virginity stigma and sexual minority stigma.

Some examples of virginity stigma include:

Virginity stigma is often gendered. Traditional notions of masculinity demand boys and men be very sexually active. Men who are unable or unwilling to conform to this norm may feel ashamed and self-conscious. Some men may engage in aggressive sexual behavior in an attempt to get partners to have sex with them.

Women often face conflicting pressures around sex. Some religions prize virginity in women. Some cultures and families even demand virginity, using virginity pledges and virginity balls as a way to encourage girls and women to abstain from sex. Yet women may also feel pressure to hew to their romantic partner’s desires and face criticism for putting up boundaries. Women who are interested in sex may feel ashamed of their desires, while others may be pressured into sex before they are ready.

More People Are Making Their Sexual Debut as Adults

When you’re anxious about still being a virgin, it can feel like everyone else is having sex. Media depictions of rampant sexual activity don’t help. Yet research actually shows that more people are remaining virgins for longer.

The average age of loss of virginity is around 17 years old for both males and females. However, fewer high school students are having sex. In 2007, 47.8% of high schoolers had had sex. By 2017, the figure had dropped to 39.5%. Research published in 2005 found that, among adults age 25-44, 97% of men and 98% of women have had vaginal intercourse. Research published in 2013 found 1 to 2% of adults remain virgins into their forties.

Most people assume others are having more sex and are more sexually experienced than they are, which is usually not the case.Young people today have less sex than the youth of two previous generations. A 2017 study found that, on average, they have sex nine fewer times per year than young people did a generation ago. Today’s young people are also on track to have fewer sexual partners.

“Most people assume others are having more sex and are more sexually experienced than they are, which is usually not the case. Young men in particular tend to assume that everyone else has had sex but them. They feel ashamed and wonder how they can possibly tell a future partner that they are a virgin. Once they finally have the conversation, they realize it’s not nearly as big of a deal as they thought. Being confident in who you are, open-minded, and generous are more important in creating a positive sexual relationship than the amount of experience you have,” she explains.

Some people may feel so ashamed of their sexual inexperience that they lie about their sexual history. This can actually compound stigma by contributing to the illusion that people are having more sex than they actually are. Additionally, anxiety about sex can make a person’s loss of virginity stressful and less pleasurable than it might otherwise be.

When people feel ashamed of their perceived inexperience, they may feel uncomfortable communicating with partners about their sexual history, preferences, or needs. This can make sex less enjoyable.

How Therapy Can Help With Virginity Stigma

Virginity is not a psychological problem. There is no “normal” age at which to have sex or appropriate amount of sex to have. Yet misleading and conflicting social norms about sex can lead to a toxic stew of self-doubt, sexual shame, mistaken notions about sexuality, and relationship frustration.

Therapy can help people navigate these complex issues. A therapist can work with a person to identify and understand their own values and sexual goals. For example, a person raised in a family that demanded virginity might interrogate this norm, then decide whether they wish to embrace or reject it.

A couples counselor can help couples who struggle with virginity stigma. For example, a couple who waits until marriage to have sex may need support to talk about sex and feel comfortable losing their virginity. Or a couple in which only one partner is a virgin may need to master sexual communication to reduce shame around virginity.

Some other ways a therapist can help include:

Therapy can play a key role in helping sexually inexperienced people prepare for a healthy sexual relationship. When a person does not want to have sex at all, therapy can support them in embracing that identity and pushing back against stigma.

You can find a therapist here.