When Yelling is a Pattern 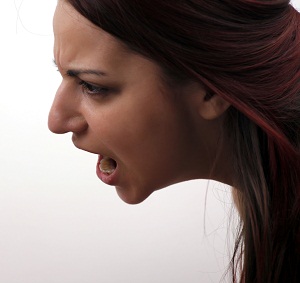 Yelling is a topic that has meaning for everyone. All of us have raised our voices, probably more than once. No, I did not come from a home of screaming parents or siblings. However, I do see many families and couples who yell a lot at each other often, and the short and long-term consequences of regular yelling/screaming are not pretty. Those of you who experience yelling on a regular basis know what I’m talking about.

Let’s start with the impact of yelling at children:

Not only is yelling learned from our own parents in some cases, it also means a parent probably feels helpless. It is a sign that a parent does not know a more effective alternative at that moment. Helplessness is a very powerful feeling, and when the brain reads the ‘helpless signal,’ so to speak, it will do almost anything to reduce it. The antidote to helplessness begins with a four step process, which will aide in reducing/stopping yelling at the kids:

By the way, in 29 years of practicing therapy, I’ve never met a parent who remarked: “Boy, do I regret not yelling at my kid, what a mistake that was.”

Yelling at Your Spouse / Partner

Yelling at your spouse/partner induces fear, just as it does in a child. Brain research has shown that it is very difficult to think while in a state of fear. If you want your partner to think about what you say, the odds for that increase when you speak in a way that does not produce fear. When your partner hears yelling, the brain reads it as DANGER, and your partner experiences fear. It (the brain) immediately goes in to some degree of fight or flight mode—how much depends on the amount of perceived threat. The behavior from your partner at that point will probably range from yelling back/defensiveness (fight mode) to silence/withdrawal (flight mode). Neither will produce a satisfactory outcome.

Fight mode is sometimes referred to as “reactive.” In fight or reactive mode we tend to say things we regret or wish we could take back, which, of course calls for repair. Part of this pattern often includes your partner reacting defensively and/or critically when yelled at. That defensiveness triggers more frustration, anger and lashing out. Without knowing what to do, or how to respond differently, the cycle is repeated, and both partners suffer and struggle with a broken or unsatisfactory conflict management process. The next time an issue surfaces it will be anticipated with dread.

Flight mode is also referred to as silence/withdrawal. In flight mode, two common options arise: One, you either do not know what to say due shutting down with fear; or, two, you may know exactly what you want to say, but, you say nothing because a part of you believes that what you think and/feel is unimportant, so why bother. Either way you have no voice. In the end, both you and your partner are probably angry, hurt, disappointed and frustrated, and blaming the other for the “breakdown in communication.”

More accurately, there was no “breakdown in communication,” per se. In fact, there was plenty of communication, too much of it ineffective. More significant was the breakdown in reactivity management. All the good communication skills in the tool bag will be of little use in the face of unchecked or poorly managed reactivity. Why might professional counseling helpful at this point? Because chronic ineffectively managed reactivity almost always has some roots in our early history. A competent marital therapist can help connect early roots to current events, finish some old business, and help you develop reactivity management alternatives.

I am aware that many of you prefer counseling as a last resort. If that’s the case, on your own, try the following:

Good luck in your attempts to break this difficult pattern. It’s not easy. The fact that you are making an attempt builds trust and self-confidence.