When You Suspect a Parent May Be on the Autism Spectrum 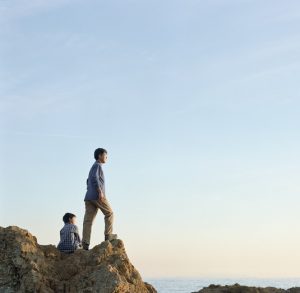 There is a great deal of literature and support available for parents of children with the traits or diagnosis of autism spectrum (ASD). I write often about relationships in which this describes one partner, and there are books available in support of such couples. But what if you suspect one of your parents may be on the spectrum? There are meager resources available which specifically address such concerns.

Perhaps you have children of your own now and one of them seems autistic, prompting you to look at your family of origin with new perspective. It’s also possible you discovered that you are autistic yourself. Or you have read enough about autism that it suddenly dawned on you that ASD might explain the challenges you have always had with a parent—challenges that have, up until now, baffled you. For the sake of this article, let’s say it is your father you are concerned about.

It can be sobering to think these thoughts after all these years. It can be frightening. You may wonder whether you even have the right to consider such a thing with regard to your own father, who otherwise seems to have a successful life and a mature career. In fact, this is one of the things that has never squared with you: your father has always seemed to be a different person to you than to the rest of the world. All these years, you thought the root of the problem resided within you. Now you are beginning to wonder.

You may wonder why what feels like relentless critical judgment always seems more characteristic of your father than confidence-building positive acknowledgment (“If you can get an A in every other subject, why do you consistently get a B in mathematics?”).

You may wonder why your father never seems to get jokes (yours or anyone else’s), figures of speech (he takes things literally), or social conventions (“Valentine’s Day is merely an excuse for card companies to make money”).

You may wonder why he can send you checks but seldom seems to ask about or understand the emotional state you may be in at any given time.

You may wonder why your mother seldom has her own interests or friends anymore, but rather seems to live in support of your father’s plans and interests.

You may wonder why your father never hugs you and doesn’t seem to like it when you hug him.

You may wonder whether your father is depressed, because he has always been so quick to anger and so slow to recover from it.

You may feel angry about all the fruitless years you have spent trying to please your father. And you may feel guilty for feeling angry.

You may wonder why a father would set out to hurt his child over and over again without seeming to understand that he does it.

The main thing to remember is that your father came of age well before the notion of high-functioning autism (until recently called Asperger’s syndrome) was understood even within the ranks of mental health professionals. Until just recently, autism was imagined in its most dysfunctional forms, as characterized by children who seemed beyond the reach of language and behavioral communication. Milder forms of autism were generally not considered.

Since ASD is invisible, those who are now older adults and had the social manifestations of mild autism as children were likely described as being “quirky,” as being someone who “hears a different drum,” or who “likes to keep to themselves.” They may have had few friends, a chemistry lab in their bedroom, and a preference for the company of adults, which was facilitated by advanced language skills.

When we do ASD evaluations as psychotherapists, we generally meet with the individual for several sessions to gather as much information as we can. Since there is no specific test for ASD, the process is narrative. Meetings with the spouse or children are of great importance in this process, because by definition people with ASD are not able to provide insight into what it is like to love them and to live with them.

The intense special interests of children with ASD were viewed most often as precocious (“Brian knows everything there is to know about the solar system”), perhaps interesting (“if you want to know anything about dinosaurs, Amber is the one to ask”), but also sometimes as weird (“Thomas knows everything there is to know about industrial exhaust systems”). The judgment depended on how mainstream the child’s special interest appeared to be.

For the fortunate, their special interests aligned with academic pursuits that led to successful professional careers (law, medicine, university professorships, music, engineering). Such individuals applied their extraordinary powers of concentration to their fields and may have had stellar success as a result. For their children and wives, this can be a source of great confusion, because this is where the split becomes most obvious to them: the doctor, the attorney, the engineer can be prominent and well-respected in the world outside the home, but when the doors are closed and the family is home alone, another person emerges. This is the person who prefers to eat in silence, who returns to the study each evening after supper only to emerge well past everyone else’s bedtimes, and who then leaves the house earlier than everyone else the next morning. This is the person who has never attended a ballet performance, who has never changed a diaper, and who may sometimes read bedtime stories in stylized and stilted English to the children.

I can tell you some things about the points I raised earlier that might help you to make sense of your father’s behavior from his perspective. This list is not exhaustive, but it can be a start.

What can you do now that you have these questions? I recommend finding a therapist who has both a keen understanding of autism spectrum issues as well as deep compassion for those on the spectrum and for those in that person’s life. Make an appointment to discuss your thoughts and your concerns. Feel welcome to ask many questions so you can gain a sound grasp of what it means to have ASD. Remember, however, that no therapist can diagnose your father in absentia; he would need to be present in order for this to be done.

When we do ASD evaluations as psychotherapists, we generally meet with the individual for several sessions to gather as much information as we can. Since there is no specific test for ASD, the process is narrative. Meetings with the spouse or children are of great importance in this process, because by definition people with ASD are not able to provide insight into what it is like to love them and to live with them.

If after a few sessions you believe your father may have ASD, you can discuss with your therapist whether bringing this question to your father might be a good idea. There are possible benefits, to be sure. There are also possible risks. You may find it is enough for you to understand ASD well enough that you can now relate differently to your father. Or you may decide you’d like to talk to him about the possibility of coming with you to therapy to share what you are learning.

There is always the possibility this will come to him like rain in the desert and that he will welcome the opportunity to explore the possibility he has ASD. I have seen many adults cry when they recognize themselves in the diagnosis, because for the first time, certain things about their experiences over a lifetime finally begin to make sense to them. ASD becomes the key that unlocks a lifetime of mysteries.

On the other hand, he may give you a blank (or even hostile) look and dismiss the subject. If so, it may not be a good idea to push it. He has built his life with an understanding of himself that has served him well enough by his definition. Perhaps the inquiry and exploration will be for you alone. It can still be helpful to you, even without his involvement.

Finally, please remember that if your father has ASD, you likely have had a difficult childhood. It will be important for you to find a therapist who understands the impact of ASD on your life. I wish you well in your inquiry, and hope a new understanding will lead to hope and forgiveness in your life from this day forward.