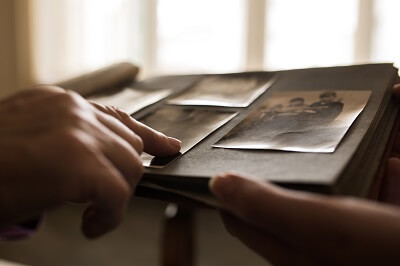 One's family of origin—the family one grew up in, as opposed to the people one currently lives with—is the place that people typically learn to become who they are. From the family of origin a person learns how to communicate, process emotions, and get needs met. People also learn many of their values and beliefs from their families. Those who experience emotional concerns related to their family of origin may find it helpful to meet with a mental health professional in order to begin working through these issues.

How Family of Origin Issues Relate to Development

Individuals typically develop a sense of self in the context of their family of origin. Children who are shown love and kept safe may develop a strong sense of self, but if love and safety are frequently unavailable, a child's sense of self may be weak or damaged. Most families will have some negative aspects as well as positive ones, and any and all family traits may have an effect on a person's adult life.

If one's family of origin was dysfunctional; faced issues such as abuse, substance abuse, poor health, or poverty; did not provide children with real-world skills; or did not adequately demonstrate love, that person may experience difficulties in these areas later in life, especially if they start a family of their own. They might also, in many cases, have developed coping strategies or related strengths in the face of a difficult upbringing. Without an awareness of how these issues affected them, however, it is likely that negative patterns may be repeated over time. A child who witnesses parents make certain choices or engage in certain behaviors may develop a tendency to behave in a similar pattern.

Children who do not feel loved by their parents may also take on themselves the responsibility to become a "perfect" child and thus win the love of their parents. However, a child’s behavior is generally not the cause of a parent’s failure to love, so this approach does not often work. It may also affect a child's personality, as the child may strive even into adulthood to please a parent, sacrificing personal needs or desires in the process.

People in therapy may find it difficult to confront the ways in which their childhood has contributed to any current difficulties. Those who feel loyal to their parents may not wish to blame them, and because an individual's upbringing may be a significant source of core knowledge about life, exploring family or parenting issues that may have contributed to a troubled childhood and/or adult life may be difficult. Still, such examination may be helpful in understanding mental health concerns and family issues.

Whether they intend to or not, most people carry their family of origin with them throughout life. Issues in one's adult life with friendships and relationships may reflect family of origin issues: An individual who sought attention from parents by attempting to be perfect may continue to work toward perfection in order to achieve approval from a romantic partner, for example. Some people may also, consciously or unconsciously, place certain expectations on a partner who may be unaware, unable, or unwilling to live up to them.

A genogram, or family diagram, can be considered an elaboration of the family tree. It is used to map out family relationships and patterns by giving information on family structures and showing the relationships between family members. Therapists may often work with the people they are treating to create a genogram that illustrates family history and issues and then use the genogram to help the person in treatment to better understand the patterns that appear within the family (typically across three generations) and the way they affect the individual currently.

Genograms are unlike family trees in that different members of the same family may understand familial closeness and relationships in different ways. The youngest child in a family may have a different perspective on the relationship between his parents and older sister than his older sister does, for example.

In therapy, genograms can be useful because they can help an individual better understand family relationships and the communication patterns within a family. A therapist treating a person who reports family issues or conflict may begin by helping the individual develop a genogram. When an issue is discovered and discussed, people may be able to resolve the issue within the family, or at least work to prevent it from recurring in their lives.

Therapy for Family of Origin Issues

While one's family experiences do not explain all issues that may present in therapeutic treatment, a number of mental health conditions, including stress, anxiety, depression, and low self-esteem, can often be at least partially addressed by examining both positive and negative family of origin experiences.

In therapy, a person can map family patterns with a genogram and then begin to explore the reasons that certain issues may have developed and possibly come to understand the reasons behind certain choices,  beliefs, and emotions. Working through family issues can help one overcome fears, pursue goals, and achieve a sense of peace, in some cases. Severe abuse or neglect in the family of origin can often lead to serious difficulties throughout life, and therapy can help a person who has experienced abuse or neglect in their family of origin to work through and overcome the distressing emotions that are often associated with neglect, physical abuse, or sexual abuse.

Some therapeutic approaches directly address families of origin. Analysis, psychodrama, and psychodynamic therapy place a great deal of importance on past family experiences. Cognitive behavioral therapy mainly examines current beliefs and thoughts, and some of these may originate from one's family experiences, but CBT focuses on the present tense and does not generally look at the past.