What Pixar’s ‘Inside Out’ Can Teach Us about Trauma, Part I 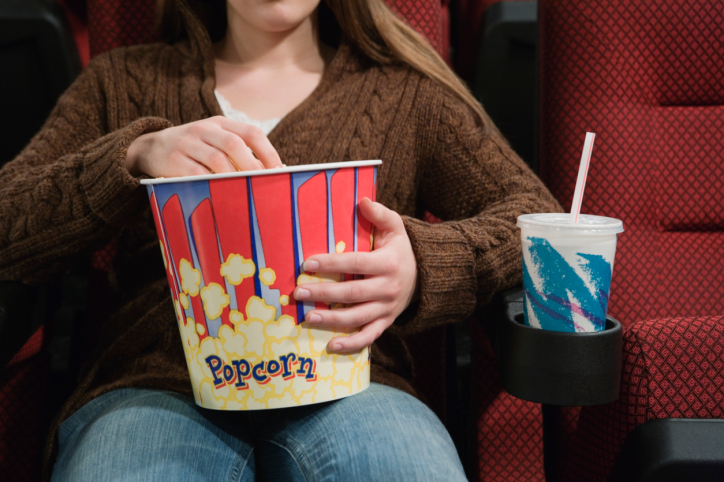 Editor’s note: This is the first article in a two-part series that explores how the Pixar movie Inside Out offers a compelling and accessible way to look the impact of trauma and dissociation. Part II appears here.

It’s rare that I give homework to people in therapy. In fact, as a trauma therapist specializing in complex trauma, I find that more often than not some homework assignments can be triggering. So it is a very conscious choice when I ask people to do homework in between sessions.

When I do suggest homework, it is often with the emphasis on increasing their calming and relaxation skills, or to provide additional psycho-education surrounding trauma recovery. Structural dissociation theory, eye movement desensitization and reprocessing (EMDR) therapy, and the neurological aspects of trauma’s impact on the brain—these topics can present as “heady” or “too academic.” I always look for a more accessible way to describe such topics. Pixar Animation Studios has provided such an opportunity.

To me, the most effective, powerful, inspiring homework and psycho-education opportunities are more organic and experiential in nature.

With this in mind, I recently began asking some people to watch Pixar’s recent movie release, Inside Out. While this article is neither a review nor a place for spoilers, it is a testament to the power of Inside Out to teach people about trauma and dissociation in an inspiring and open-hearted way.

The ‘Inside Out’ Story

In Inside Out, a girl named Riley, the 11-year-old main character, is faced with the challenges of moving from her family’s hometown. Her primary emotions, joy, anger, fear, disgust, and sadness, are represented as characters by the same names, each with influence over the “control console” of her mind, also known as “headquarters.”

Often, we “reject” our emotions, or other aspects of the traumas, because it feels too risky or too dangerous to fully realize them at the time of the experiences.

As Riley navigates the events surrounding her family’s move and the associated traumatic stressors, the primary emotion of “Joy” is no longer at the helm. “Sadness” becomes more prevalent, creating more core memories surrounding her distress at the move. By a variety of methods, “Joy” attempts to bring headquarters back to “normal,” meaning “Joy” at the controls, but as “Anger,” “Fear,” and “Disgust” take over, Riley’s internal world, and the personality islands associated with things she enjoyed—family life, friends, and her love of hockey—disintegrate. She shuts down.

It is not until all of the emotional states accept and integrate “Sadness,” solidifying that each emotion has its place, that new core memories can be built and her healing occurs.

So what does Inside Out have to do with trauma recovery? More than perhaps is clear at the onset.

As I have written in previous articles, it is our unprocessed and fragmented memories, the traumas that are “locked” in their state-dependent form, that cause distressing symptoms in our now. Our emotions, as well as what we saw, believed, and somatically experienced, are “frozen in time” and contribute to our distressing symptoms in the present.

Inside Out does an exceptional job of showing how our fully integrated, realized, and healed “core memories” can be stored in our headquarters in ways that are adaptive. Our system does have fully processed memories—that is, all aspects are acknowledged and healed. Pixar describes them as core memories symbolized by translucent spheres mindfully placed in a conveyor-like storage system. That said, when traumas are not fully healed, we have memories that are fragmented and displaced, even rejected.

Rejecting or Banishing an Aspect of Trauma

Often, we “reject” our emotions, or other aspects of the traumas, because it feels too risky or too dangerous to fully realize them at the time of the experiences. This is illustrated in Inside Out, where “Joy” cannot accept “Sadness.” “Joy” rejects her. Similarly, as we move forward in time, we, too, can become phobic toward some aspects of our trauma(s). In Riley’s case, “Sadness” had a very important job and was an important part of her moving from Minnesota. In fact, as Riley moved through her process of daily living, “Sadness” kept trying to push through—to touch the other memories in order to be acknowledged and processed.

It is not until the characters, the other emotions, become more accepting of “Sadness” that the full healing can occur. As Riley’s internal system, headquarters, becomes able to fully accept ALL aspects of the trauma, including what was once rejected or deemed dangerous to fully realize, “Sadness” is able to take its rightful place.

In the context of structural dissociation theory, no longer did Riley’s system have to feel phobic of that part of the experience. Riley could not fully realize and heal the trauma of her move until “Sadness” was acknowledged by her whole system. “Sadness” did have a place, and was key to healing the whole memory.