Voices and Visions and … Schizophrenia? 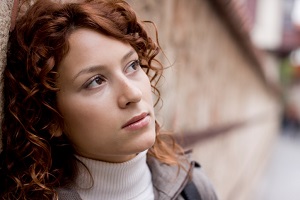 What does it mean to hear voices? Is someone who hears voices and sees visions necessarily schizophrenic, or could these hallucinations, as they are commonly called, simply be another of the myriad ways the human psyche responds to traumatic life experiences?

Groups like Intervoice, which is also known as The International Network for Training, Education, and Research into Hearing Voices, are devoted to raising awareness of what it means to hear voices–an experience that is far more common than most people believe.

And yet, despite increased global consciousness regarding voices and visions, the fact remains that the majority of individuals who show up in psychiatrists’ offices saying they hear and see things that no one else sees or hears are likely to receive a diagnosis of schizophrenia. Unfortunately, this often leads to long periods of psychiatric care that may cause further damage to these individuals’ psyches.

In a TED TalentSearch video published on July 5, 2012, Eleanor Longden, a woman who was diagnosed with schizophrenia at 17 years old, shares her lifelong struggle to understand and make peace with the voices in her head. Longden, who is now a published academic author with a master’s degree in psychology, says her experience of hearing a “disembodied voice” as a teenager quickly led to hospital admittance and receiving the diagnoses of schizophrenia.

Being labeled mentally ill in the eyes of healthcare professionals took its toll on her self-image; additionally, she says, “[H]aving been encouraged to see the voice not as an experience, but as a symptom, my fear and resistance towards it intensified.”

This, in turn, propelled her to take an “aggressive stance” against her mind, which she believes contributed to an increased cacophony of voices resounding in her head. The voices eventually morphed into visual hallucinations of a “bizarre” and “grotesque” nature. At one point, she says she felt “so tormented by my voices that I attempted to drill a hole in my head in order to get them out.”

Ultimately, Longden said that when her perspective began to shift regarding her chances of recovery thanks to the help of the “good and generous people” who believed in her, she discovered what she had always suspected: “My voices were a meaningful response to painful life events, particularly childhood events, and as such, were not my enemies, but . . . insights into solvable emotional problems.” This realization gave her the strength to gather the fractured pieces of her “splintered self” and eventually, to apply her personal experience to her studies in advanced psychology. She now believes, “An important question in psychiatry shouldn’t be, ‘What’s wrong with you?’ but rather, ‘What happened to you?’”

Aside from being a survivor of a harrowing battle with what was diagnosed as schizophrenia, Longden is now part of Intervoice, which she describes as seeking to establish “voice hearing as a creative and ingenious survival strategy; a sane reaction to insane circumstances—not as an abstract symptom of illness to be endured, but as a complex, significant, and meaningful experience to be explored.”

Stories to Tell: The Significance of Hearing Voices

In 1997, a meeting of mental health professionals and voice hearers in Maastricht, one of the oldest cities in the Netherlands, led to the creation of Intervoice. The earlier hearing voices groups that paved the way for Intervoice to become what it is today were inspired in the late 1980s by the work of Marius Romme, MD, PhD, and Sandra Escher, PhD, at the University of Maastricht.

Originally, according to the Intervoice website (www.intervoiceonline.org), Dr. Romme did not believe that his clients who reported hearing voices were actually hearing them. Like many psychiatrists, “[H]e had always dismissed voices as being part of the delusional and hallucinatory world of the psychiatrically ill.”

Now, however, Romme states in his personal message to those who visit the Intervoice site, “There are many fears and misunderstandings in society and within psychiatry about hearing voices. They are generally regarded as a symptom of illness, something that is negative, to be got rid of and consequently the content and meaning of the voice experience is rarely discussed.”

This is an important point to consider, seeing as the most common mode of treatment for people diagnosed with schizophrenia is psychotropic medication. In fact, a recent GfK study revealed that 45%, nearly half, of those handed prescriptions to cope with their voices and visions do not follow their doctors’ drug orders. For the past 17 years, GfK researchers in the field of psychiatry have conducted this study, and the rate of noncompliance has ranged from 41% to 46% since 2009.

The most common reasons for noncompliance cited by prescribing psychiatrists are “dislike of medication, concern about side effects, and denial of illness.” The unpleasant side effects reported by 71% of psychiatrists in the 2013 study were drowsiness, weight gain, and extra-pyramidal symptoms (EPS) such as tremors, stiffness, and severe restlessness (Stanton 2013). The primary assumption on the part of researchers and psychiatrists is that there must be something wrong with the medications. But it’s possible that the people who refuse to take these pills or who do not take them as directed are onto something with their “denial of illness.”

In light of the movement to raise awareness about voices, visions, and extra sensory perceptions as a globally shared aspect of the human experience, one has to wonder whether the core issue is more likely to be overdiagnosis or misdiagnosis—potentialities that have stirred much discourse and debate, particularly with regard to African-Americans (De Coux Hampton 2007; Helwick 2012; Vedantam 2005).

In Eleanor Longden’s experience, psychiatric care left her feeling hopelessly flawed and ultimately defeated. True healing came when she realized, with the help of professional counselors and loved ones, that each of the voices she was hearing represented a piece of her fractured psyche, and each fragment had a story to tell. Acknowledging these stories, she says, was essential to her recovery—and she is not alone in this conclusion.

According to research conducted by Romme and Escher with over 300 voice hearers, “70% of people who hear voices can point to a traumatic life event that triggered their voices,” and “talking about voices and what they mean is a very effective way to reduce anxiety and isolation; even when the voices are overwhelming and seemingly destructive, they often have an important message for the hearer.” Of course, it is important to go through the process of listening to voices under the guidance of a licensed professional. Especially in the early stages, it may be difficult to decipher their true meaning without help.

An International Movement to Manifest Change

To spark further conversation and exploration, Intervoice, Voices Vic, and Hearing Voices Network Australia are organizing this year’s World Hearing Voices Congress (www.hearingvoices2013.org), an annual gathering of voice hearers, mental health professionals, students, researchers, and anyone else who wishes to deepen their understanding of what it means to hear voices. The 2013 event, “Hearing Voices: Journeys to Understanding,” is being held from November 20 to 22 in Melbourne, Australia.

Thanks to groups such as these, those who do not wish to accept the widely held notion that they are “disordered” or “mentally ill” because of their voices, visions, and extra sensory perceptions can find kinship with people all over the world. And the more individuals like Eleanor Longden who stand up and share their stories, the more likely the possibility is for real change in the mental health field regarding this fascinating facet of the human experience.