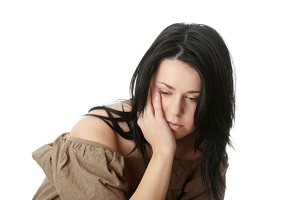 In my previous article, I touched on the subject of narcissistic abuse recovery. I decided to write a second article as a follow-up for individuals who wish to explore further how to move forward through this specific healing process.

As mentioned previously, recovery from this form of abuse can take a fair amount of months (or even years in some cases), given the insidious and covert nature of the emotional abuse (Sokol and Carter). Individuals who exhibit malignantly narcissistic behaviors are predatory in nature and seek to “conquer” targets to fuel their narcissistic supply (NS), which is the emotional sustenance which drives and fills them. These people thrive on attention (negative or positive) and will do anything in their power to ensure that their primary and secondary sources of NS are working in concert to feed the insecure ego of a broken psyche. Although by no means exhaustive of the complexity describing the individual suffering from narcissism, the DSM-IV states that people with narcissism exhibit the following traits: inflated sense of superiority, grandiosity, attention-seeking, self-absorption, arrogance, entitlement, and limited capacity to empathize and reciprocate in relationships.

It would make sense that individuals pulling away from someone like this would experience tremendous loss and trauma (Brown). Initially the person with narcissism presents as a knight in shining armor, completely in sync with the target’s emotions and dreams. The target is unaware that the individual then hones in on the target, studying the desired love object so that he or she can then act as the target’s soulmate, in essence.

This “hunting” can occur on dating websites or in the initial stages of dating (Brown). The target, who generally has the capacity for true, mature intimacy and love, is intelligent, attractive, and successful, then falls head over heels in love with the person with narcissistic tendencies. Subsequently, that individual then feigns love for the target. And the moment the target is hooked, distancing maneuvers ensue, which serve to disorient and confuse the target.

The target then becomes incredibly confused and experiences what is called cognitive dissonance, or a state of confusion. The person with narcissism had expressed love, but is now exhibiting distancing and detaching behaviors, which are not in alignment with the initial honeymoon stage (Carter and Sokol). Eventually, the individual is fully satiated on NS and then becomes bored and tired with it, because the target is merely an object or a vessel to obtain NS.

The target is devalued and discarded when the individual exhibiting narcissism no longer feels the need to court the individual who is a source of NS (Carter and Sokol). Ultimately, the target is left wondering what happened, and how someone who seemed so perfect as a soulmate completely undid everything that the target worked so hard to build. It was the target who fell in love with that individual, not the other way around. The person with narcissism purely was “feeding” on the NS, and as soon as his/her ego was full, the target was no longer considered useful (Payson).

At that point, the individual with narcissism will either vanish completely or will say and do certain cruel and emotionally abusive things designed to injure the psyche of the target. He or she actually seeks to cause harm, and straddles the line of sociopathy (Brown). Ultimately, the target has no way of understanding what happened and is left with confusion, shock, disbelief, and betrayal.

Because people who tend toward narcissism always needs newer and fresher sources of supply, they have a habit of devaluing and discarding targets (Hotchkiss). They may be incapable of true love, empathy, reciprocity, kindness, and compassion. In essence, they may have broken psyches, much like a broken appliance (Hotchkiss).

Studies show that there is very limited effectiveness in treating narcissism in psychotherapy, as it can be firmly hardwired to someone’s personality due to largely environmental circumstances that occurred in his or her early childhood (Martinez-Lewi), including parental abandonment and severe abuse. It could be that they had inconsistent sources of love as children, if any at all, and to survive childhood, they had to create an outward mask to the world of the perfect individual. Underneath, these children could be empty and lacking a core sense of self, prone to depression and anxiety without NS to fill a void. Adults who are narcissistic are often referred to as developmentally stuck at age 5, when their emotional maturity ceased (Hotchkiss).

So what is a person to do if they have been crossed by this kind of toxic personality? First, I would say that though the pain is initially intense, you are blessed that the person with narcissism left. And no contact with this person will result in any form of healthy exchange.

Experts on narcissistic abuse recovery all agree that contact with someone like this always results in pain (Payson). Maintaining zero contact is essential for you to be able to heal and cognitively and emotionally process the mental hurricane that hit. Some clients have likened the experience to like coming off a drug; it is so painful to go through the traumatic grief work in being abandoned that these feelings are akin to withdrawals. However, as you heal, you can be empowered, stronger, wiser, and more discerning and reclaiming of your own self-worth.

The target is capable of empathy, reciprocity, true and mature love, and growing in a relationship. People with narcissistic behaviors are generally not. They are only capable of deceptively seducing preselected targets to fill a psychological void. The same cycle may repeat every time. It is so imperative that the target understand the process of grieving the loss of the fantasy of the person who narcissistically manipulated him or her.

Those with narcissistic behaviors are usually hard-pressed to find a healthy connection in any relationship. When the masks are pulled off, they realize they cannot manipulate and seduce as they are accustomed to. Too many people have caught on and discovered who they really are.

Luckily, for those whose lives have been touched (or slightly marred), there is a path to healing. This process takes place through no contact, a compassionate and understanding psychotherapist, and a support forum (whether online or in person). Those who have been targets heal and move on to love others in healthy, mature relationships.